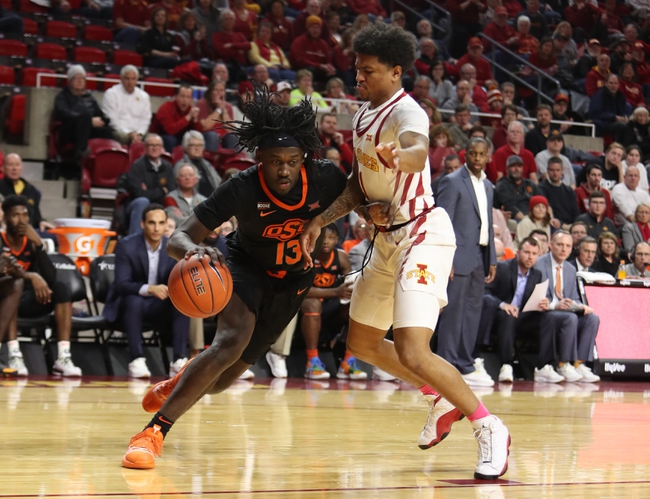 The Iowa State Cyclones (12-16, CONF 5-10) and Oklahoma State Cowboys (14-14, CONF 4-11) face off in a Big 12 showdown at Gallagher-Iba Arena. Iowa State has won the last three games over Oklahoma State including an 89-82 victory earlier this season.

The offense hasn’t been great for Iowa State, but the defense has really let them down. On the road this season the Cyclones are giving up 78.9 points per game and letting opponents shoot 49.5 percent from the field.

Cyclones leading scorer Tyrese Haliburton is out for the season and that has hurt their production. Guard Rasir Bolton is averaging 14.4 points per game and he is going to need to be good in this game.

Oklahoma State has been playing a little better the last couple of weeks having won three of the last five games, but their last game they lost by 30 points to Kansas.

Oklahoma State is led by Cameron McGriff who is averaging 11.6 points while shooting 43.5 percent from the field. In each of the last three games McGriff has scored at least 16 points, and he could be an x-factor for Oklahoma State.

Iowa State has dominated the series and it’s going to happen again in this game. They have struggled to score, but the Cowboys have also. Look for Iowa State to find just enough offense to cover the spread