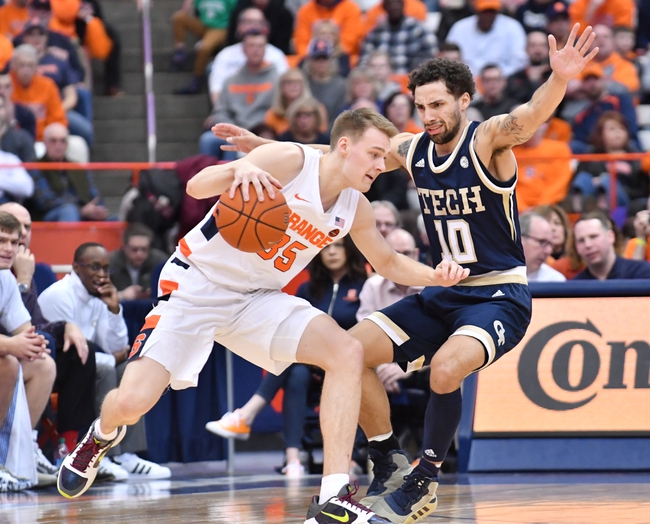 The MIami Hurricanes (14-13, CONF 6-11) and Georgia Tech Yellow Jackets (14-14, CONF 8-9) face off in an ACC showdown at McCamish Pavilion. This is the first meeting between the two teams this year, but the home team has won the last three games between Miami and Georgia Tech.

Miami has had their fair share of issues this season, but coming into this game they have won three of the last four games. The only loss during that stretch for the Hurricanes was in their last game against Notre Dame when they gave up 87 points.

The offense has been fine for the Hurricanes this season, but the defense has been a big issue. especially on the road where they gave up 81.5 points per game. Over the last five games Miami is averaging 82 points while the defense is giving up 78.6 points.

Two games ago against Virginia Tech it took overtime to get the win but Miami had three players score 21 points. Isiah Wong was Miami’s leading scorer putting up 27 points in 42 minutes.

Georgia Tech has also had a lot of struggles this season but they come into this game having won three of the last four games. In Georgia Tech’s last game against Clemson they gave up only 59 points and that was the difference. On offense it was Jose Alvarado who paced Georgia Tech putting up 19.

The Yellow Jackets aren’t an elite offensive team so it’s important their defense locks down if they want to win games. At home this season GT is averaging 64.9 points while the defense is giving up 64 points.

At home Georgia Tech is going to really try to slow down the pace and the trends show the under is a smart play when they play Clemson. It’s going to be a competitive game that cashes the under with ease.