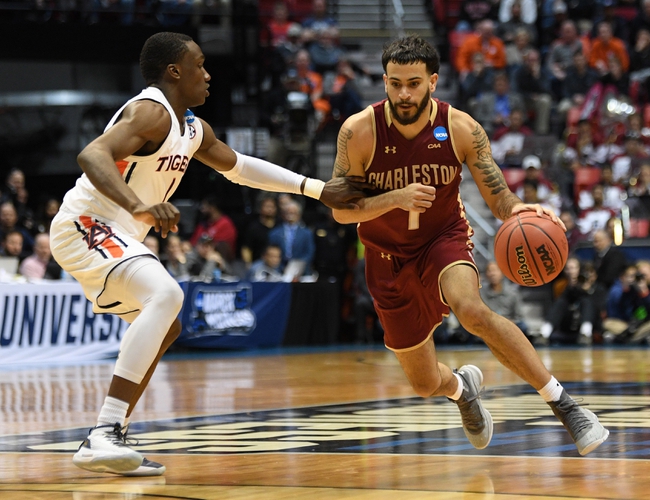 The Line: College of Charleston Cougars -7.5 -- Over/Under: 139 Click Here for the Latest Odds

Where to Watch: FLOSports Stream College Basketball all season on ESPN+. Sign up now!

Drexel has gone 1-8 both straight up and against the spread in their last 9, with their lone win coming at home against lowly James Madison. They’ve averaged 68.2 points per game during that time, and given up 76.7 points per game to opponents.

Drexel has gone 1-11 on the road this season, but they’ve managed to go 4-8 against the spread. Drexel is ranked 233rd by KenPom, with the 198th ranked offense and 271st ranked defense. Drexel is led by Sophomore guard Camren Wynter, who is averaging 16.1 points per game, 3.9 rebounds per game and 5.3 assists per game with a 50.5 eFG%.

Charleston is 6-8-1 against the spread at home this season, and just 9-6 straight up. Charleston is ranked 163rd by KenPom, with the 134th ranked offense and 211th ranked defense. Charleston is led by Senior guard Grant Riller, who is averaging 21.5 points per game, 5.4 rebounds per game and 3.9 assists per game with a 54.7 eFG%.

Expect a comfortable Charleston win here on Senior Night in their last home game of the season.