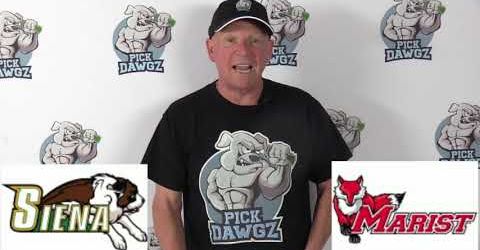 This is a reasonable amount of points to lay with the much better team in Siena. The Siena Saints have been the team to beat in the MAAC, and even though they have not been too strong against the spread on the road, I will take a chance with them in this matchup, as Marist does not score enough consistently.