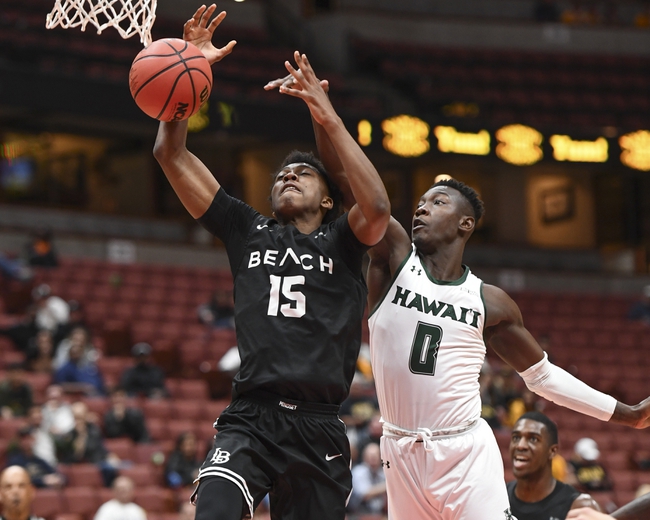 Where to Watch: Spectrum Sports Stream College Basketball all season on ESPN+. Sign up now!

Cal State Fullerton has been ultra inconsistent this year and coming into this game they have lost two of the last three games. In the Titans last game against UCSB the offense struggled scoring only 66 points which led to a nine point loss.

Away from home this season Cal State Fullerton has only four wins and the offense is averaging only 64.4 points. Over the last five games the offense overall has been better averaging 74.8 points but the defense has been worse giving up 80.4 points.

The Titans are led by Jackson Rowe and Brandon Kamga who are both averaging more than 15 points per game.

Hawaii had a lot of success early in the season, but coming into this game they have lost five of the last six games and in three of those games they were the favorite.

The offense has struggled and over the last five games Hawaii is averaging only 60.6 points while giving up 63.6 points.

The under is 7-2 in the last nine meetings played between Hawaii and Cal State Fullerton.

Cal State Fullerton hasn’t had the most success on the road, but with the way the Rainbow Warriors have been playing, they shouldn’t be favored by this many points. Look for Cal State Fullerton to have success on defense and that will be enough to keep this game close. Back the Titans plus the points.

Get Premium Picks Start Winning Now »
The pick in this article is the opinion of the writer, not a PickDawgz site consensus.
Previous Pick
UC Riverside vs. UC-Santa Barbara - 2/27/20 College Basketball Pick, Odds, and Prediction
Next Pick
Northern Kentucky vs. Wright State - 2/28/20 College Basketball Pick, Odds, and Prediction