Georgia Southern is a pretty normal middle of the road squad and over the last ten games they have won five games.

Away from home this season Georgia Southern has a 6-8 record and at times that defense has let them down. Away from home the Eagles are giving up 72.1 points per game and when this team has success, the defense is strong.

On offense, Georgia Southern is led by Ike Smith who is averaging 14.1 points while shooting 42.6 percent from the field. In the last three games, Smith has failed to reach more than 12 points, and they need more production out of him in this game.

Georgia State has lost two straight games but both of those games were on the road, and they hope returning to their home court will be the difference.

At home this season Georgia State has an 11-1 record and the offense is the difference, averaging 82.4 points per game.

In the Panthers last game at home, they dropped 92 points against Coastal Carolina. Georgia State is led by Kane Williams, Corey Allen, and Justin Roberts who are all averaging at least 13.3 goals per game.

Georgia State was able to push the pace the first game against Georgia Southern, and they will look to run in this game. 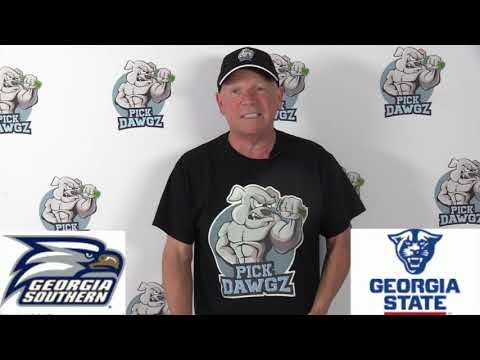