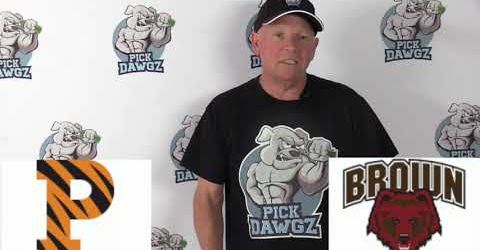 Away from home this season Princeton is giving up 72.7 points and letting opponents shoot 49.4 percent from the field.

Princeton is led by guard Jaelin Llewellyn who is averaging 14.4 points while shooting 37.1 percent from the field. The one area where Llewellyn could improve is the shooting from deep where he is averaging only 27.8 percent.

Brown comes into this game having lost two of the last three games, but before that they had won five games in a row.

In the Bears last game against Cornell they had one of their worst games of the season putting up only 45 points against Cornell and that led to the loss. At home this season Brown has a 10-2 record and the offense is averaging 72.5 points per game.

Brown is led by guard Brandon Anderson who is averaging 18 points per game while shooting 38 percent from the field. In Brown’s last game against Cornell they only had four players score more than seven points.

This has been a series dominated by the road team and it’s going to happen again. Princeton already knocked off Brown earlier this season and their defense will be the difference. Look for Brown to struggle to score, which will lead to a cover by Princeton.