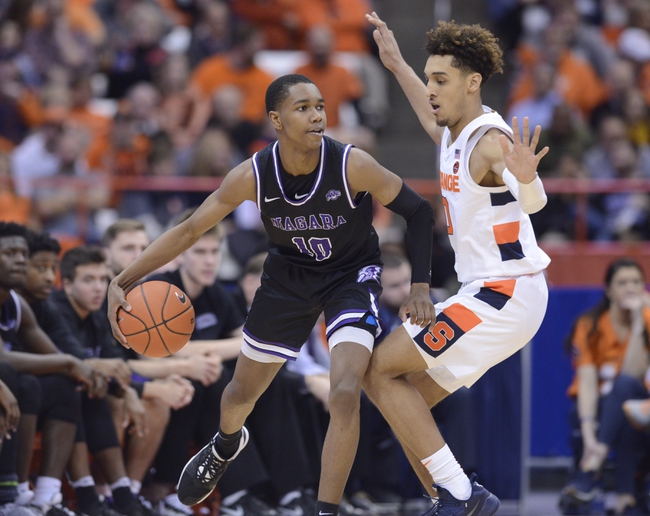 Away from home Saint Peter’s has a 5-8 record and the biggest issue has been the offense that is averaging only 64.5 points per game.

Every game it’s a different player stepping up for Saint Peter’s and right now they have eight players averaging at least five points, but no player averages more than 8.5.

Niagara has had all kinds of issues this season and coming into this game they have lost two games in a row and seven of their last ten games. Over the last five games Niagara is averaging 63.6 points while the defense is giving up 69.6 points.

At home this season the Purple Eagles are averaging 70.3 points per game while the defense is giving 69.1 points.

Niagara is led by Marcus Hammond who is averaging 13.9 points while shooting 40.7 percent from the field.

Saint Peter’s has had a lot of success on the road and they should have no issue in this game. Look for the Peacocks to attack a weak Niagara defense and that will be enough to cover the spread. Even if Niagara's defense was to step up, their offense still will have issues scoring, which will contribute to the easy cover by Saint Peter's