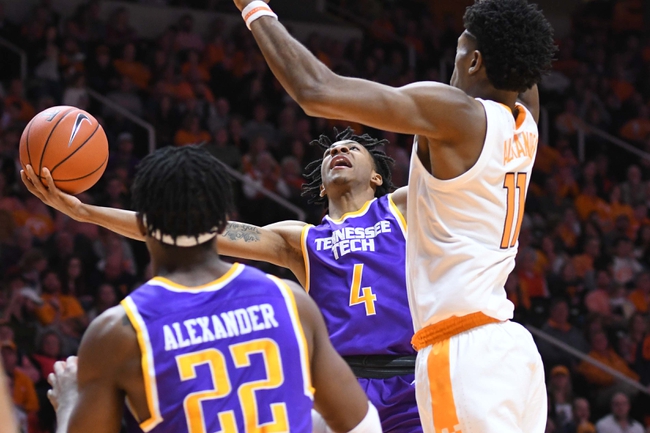 Tennessee Tech have had a lot of issues this season, but they come into this game having won four of the last five games and they covered the spread in all four of those wins.

Tennessee Tech is led by Jr Clay who is averaging 13.5 points while shooting 42.1 percent from the field. Clay is a consistent player and it’s shocking if he scores less than ten points. If The Golden Eagles want to win this game, Clay will probably have to drop at least 20 points.

Belmont looks like they could be representing the Ohio Valley in the NCAA Tournament, and coming into this game they have won eight of the last ten games. The Bruins have also covered the spread in each of their last seven games.

At home this season Belmont only has one loss at home, and the offense has been elite averaging 82.1 points per game while the defense is giving up 62 points.

Belmont is led by Adam Kunkel who is averaging 17.1 points and shooting 44.8 points per game. Kunkel is also shooting over 40 percent from deep.

In Kunkel’s last game he paced Belmont putting up 22 points including hit four of his five shots from deep.

Tennessee Tech has been playing better as of late and this is a ton of points to be laying with Belmont. Tennessee Tech will find just enough success on defense and that will be enough to cover the spread.