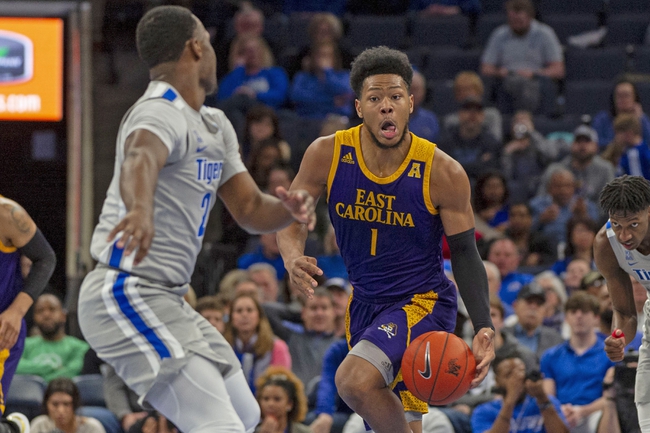 In the last game against Temple, the defense was strong for the pIrates giving up only 63 points and that led to a loss.

Away from home this season East Carolina’s defense has struggled giving up 76 points per game. Forward Jayden Gardner is the star of the Pirates averaging 20.2 points and 9.6 rebounds per game.

USF has also had some struggles this season and coming into this game they have lost four games in a row and seven of the last ten.

South Florida did score 71 points in their last game, but most of the year the offense has been a real issue. Over the last five games, USF is averaging 61.4 points while the defense is giving up 66.8 points.

At home, South Florida’s defense has been better giving up only 57.7 points per game, and if they want to win this game the defense is going to need to step up.

South Florida is led by David Collins who is averaging 14 points while shooting 42.4 percent from the field.

East Carolina already knocked off South Florida this season and even going on the road they should find some success. East Carolina might not do enough to pull off the upset outright, but they will do plenty enough on the defensive end to cover the spread.