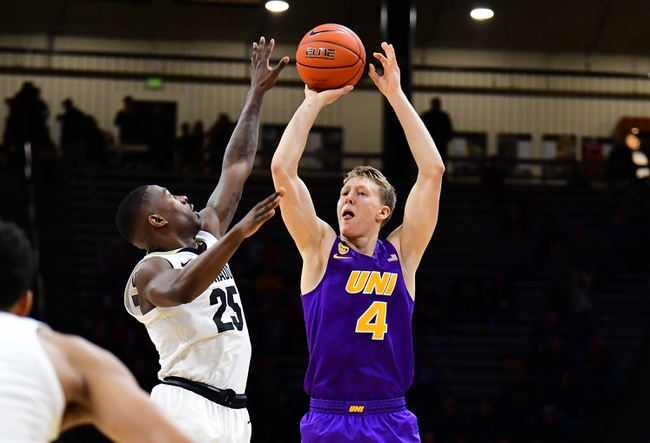 The Evansville Purple Aces (9-20, CONF 0-16) and Northern Iowa Panthers (23-5, CONF 12-4) face off in a Missouri Valley showdown at the McLeod Center. Northern Iowa knocked off Evansville 80-68 on the first day of February.

Evansville earlier this season knocked off the Kentucky Wildcats earlier this season, but that was the only bright spot for this team. Evansville is still looking for their first win in conference play, and at this point it looks like it might never happen. Over the last ten games Evansville has only covered four spreads.

Northern Iowa has had a lot of success this season, but they can’t have any more slip ups if they want to make the NCAA tournament. Over the last nine games Northern Iowa has only two losses, but those came in their last three games.

At home this season Northern Iowa has averaged 75.5 points per game while the defense has given up 65 points.

The Panthers are led by guard AJ Green who is averaging 19.8 points while shooting 41.9 percent from the field. In Green’s last game he only put nine points, but the team was able to overcome it.

Green is going to be an x-factor if Northern Iowa wants to win this game in blowout fashion.

Northern Iowa is the better team and they are going to make a statement in this game with a blowout win. Look for AJ Green to have a big game, and he will lead the home squad to a win and cover of the spread.