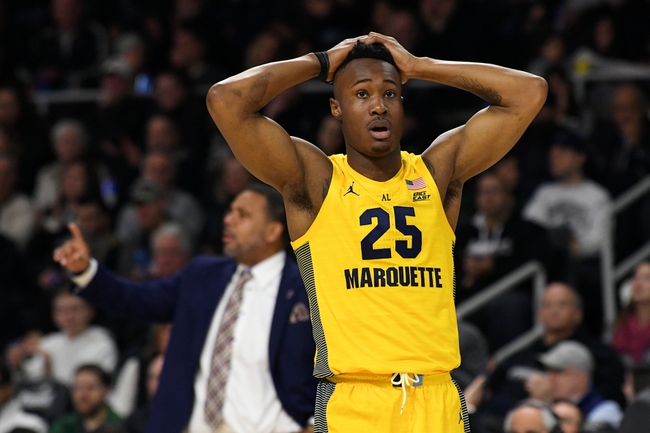 Georgetown has dealt with a lot of injuries the last month and it has really hurt their production. Coming into this game Georgetown has lost two games in a row and six of their last nine games.

Away from home this season Georgetown is averaging 70.1 points while the defense is giving up 73.3 points per game. In Georgetown's last game the offense could only muster up 68 points against DePaul, and in the game, before that they only managed 63 points and that game was played at home.

The Hoyas are led by center Omer Yurtseven and guard Mac McClung with both guys averaging over 15 points per game. McClung is dealing with a foot injury and he is questionable for this game.  With McClung can't play in this game, the Hoyas could be in a lot of trouble, especially facing an elite offense like Georgetown.

Marquette have found success this season, but they come into this game having lost three games in a row. In the Golden Eagles last game against Providence the defense struggled giving up 84 points and that led to a loss.

At home this season, Marquette is a strong offensive team averaging 79.3 points per game and the biggest reason for the success is Markus Howard who is averaging 27.1 points while shooting 40 percent from the field. Howard is coming off a game against Providence where he dropped 38 points.

Marquette is 7-3 against the spread in their last ten games. The under is 6-2 in Georgetown’s last eight games as an underdog. 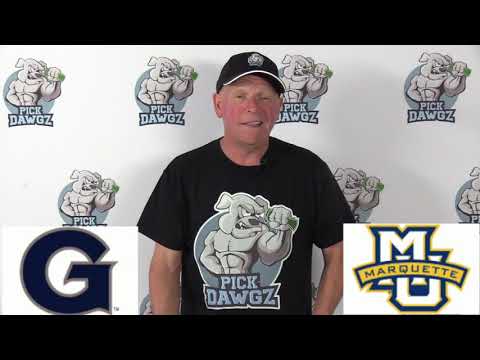