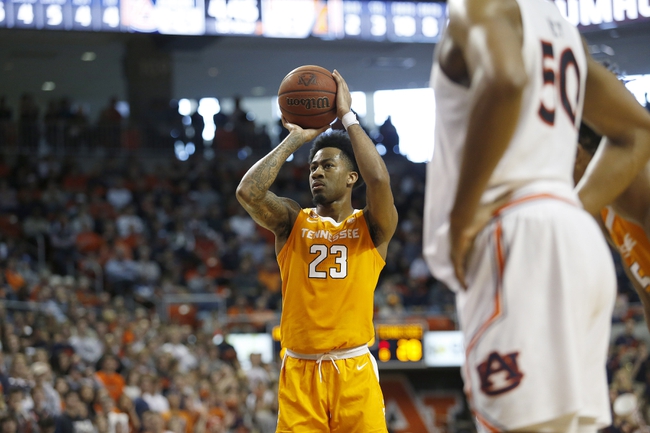 Where to watch: SEC Network Stream College Basketball all season on ESPN+. Sign up now!

The Tennessee Volunteers will travel to Bud Walton Arena in Fayetteville, AR to take on the Arkansas Razorbacks this Wednesday in an SEC showdown, tipping off at 8:30PM EST.

The Tennessee Volunteers lost their last game and dropped to 15-12 (7-7 SEC) after being defeated by the Auburn Tigers, 73-66, this past Saturday.  Tennessee took a 41-33 lead into half, but the resilient Auburn offense kept battling until they grabbed at 62-60 lead with 4:00 left in regulation and held on in the final minutes.  The Volunteers shot 44.9% from the field and 35.3% from three-point range. Jordan Bowden led the way for Tennessee with 28 points, 10 rebounds, an assist and a steal in the game. 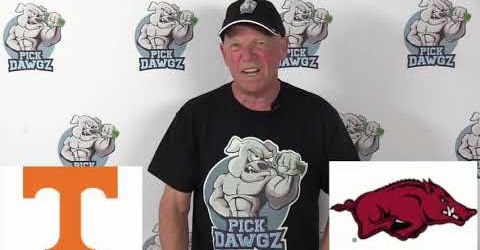 Defensively, Tennessee is holding their opponents to just 62.5 points per game on 39.2% shooting from the field.  The Volunteers are grabbing 6.3 steals per game and have a turnover margin of -0.7 on the season.

The Arkansas Razorbacks won their last contest and improved to 17-10 (5-9 SEC) on the season after defeating the Missouri Tigers, 78-68, this past Saturday.  Arkansas held a slight 35-33 lead at the half and used a consistent second half to build the lead to 78-68 at the end of the game with just 0:28 remaining in regulation on their way to victory.  The Razorbacks shot 47.2% from the field and a strong 48.0% from three-point range. Isaiah Joe led the way for Arkansas with 21 points, 3 rebounds, 3 assists and a steal in the game.

Defensively, Arkansas is allowing their opponents to average 67.4 points per game on 42.0% shooting from the field.  The Razorbacks are grabbing 8.4 steals per game leading to an impressive turnover margin of 4.7 on the season.

Tennessee heads into this contest ranking 8th in the country with 5.9 blocks per game and 23rd in FG% defense.  Arkansas ranks 9th in college basketball in turnover margin and their +6.6 scoring margin is 70th in the country.

Arkansas has been struggling of late, going 1-6 in their last 7 and lost by 21 on the road earlier this month to Tennessee.  I think the Tennessee defense controls the pace in this game and the Volunteers get a much needed win on the road. I’m taking Tennessee to cover on the road in a game I think they will win outright.