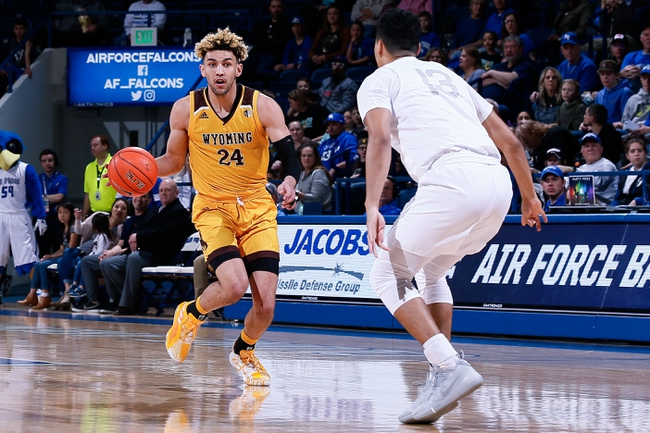 The Nevada Wolf Pack will travel to Arena-Auditorium in Laramie, WY to take on the Wyoming Cowboys this Tuesday in a Mountain West showdown, tipping off at 9:00PM EST.

The Nevada Wolf Pack have won five games in a row and improved to 18-10 (11-5 Mountain West) on the season after defeating the Fresno State Bulldogs, 78-76, this past Saturday.  Nevada was down 43-42 at the half and dropped to a 69-60 deficit with just 7:32 remaining. The Wolf Pack mounted a comeback from there, outpacing Fresno State 28-7 in the final stretch of the game to get the win.  Nevada shot 47.5% from the field and 42.3% from three-point range. Jalen Harris led the charge for the Wolf Pack with 20 points, 5 rebounds, 3 assists and 2 steals in the game.

Defensively, Nevada is allowing their opponents to average 72.0 points per game on 40.1% shooting from the field.  The Wolf Pack are grabbing just 5.1 steals per game leading to a turnover margin of -1.1 on the season.

The Wyoming Cowboys won their last game and improved to 7-21 (2-14 Mountain West) on the season after defeating the Air Force Falcons, 78-72, this past Saturday.  Wyoming led 31-30 at the half but trailed for most of the second half. The Cowboys took the lead in the last minute, going up 73-72 with just 0:52 remaining in the game and were able to hold on for the victory.  Wyoming shot 50.9% from the field and 39.1% from three-point range. Greg Milton III led the way for the Cowboys with 28 points, 4 rebounds and 3 assists.

Defensively, Wyoming is allowing their opponents to average 69.2 points per game on 43.3% shooting from the field.  The Cowboys are grabbing 5.2 steals per game and have a turnover margin of -0.3 on the season.

Nevada comes into the game ranking 8th in the country in made three-pointers per game and 11th in 3pt FG%.  The Wolf Pack are also 38th in college basketball with 15.0 assists per game. Wyoming is taking advantage of their opportunity at the line, ranking 128th in team FT% at 72.1% on the season.

Wyoming lost a tight contest 68-67 in their earlier matchup with Nevada on the road but have struggled lately, going just 2-12 in their last 14 games.  I think Wyoming will keep this game close again and contain Nevada’s potent three-point offense at home. I’m taking Wyoming to cover this fairly high spread in this one.