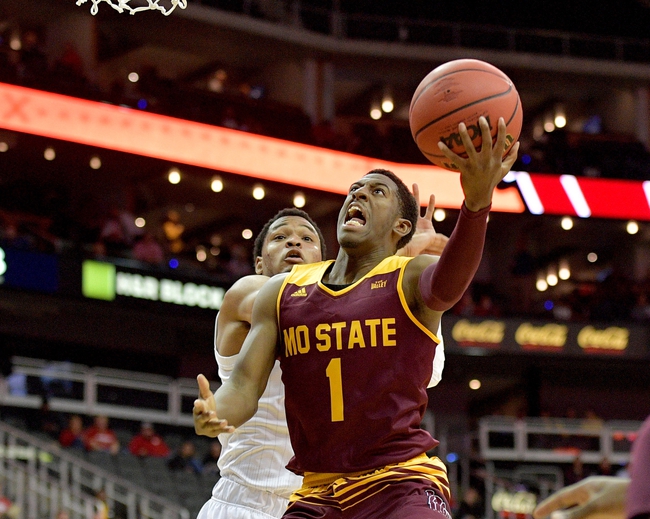 Where to Watch: KOZLZ27, ESPN+ Stream College Basketball all season on ESPN+. Sign up now!

The Missouri State Bears will travel to Athletics-Recreation Center in Valparaiso, IN to take on the Valparaiso Crusaders this Tuesday in a MVC showdown, tipping off at 8:00PM EST.

The Missouri State Bears won their last game and improved to 14-15 (8-8 MVC) on the season after defeating the Loyola-Chicago Ramblers 74-62 this past Saturday.  Missouri State controlled this game from the jump, never trailing in the contest. The Bears got out to a 41-23 lead at the half and cruised home from there. The closest Loyola-Chicago would get was 48-40 with 11:52 remaining in the half before Missouri State pulled away for good.  The Bears shot 41.4% from the field and 33.3% from three-point range. Marquise Kennedy led the way for Missouri State with 16 points, 5 rebounds and 3 assists off the bench.

Defensively, Missouri State is allowing their opponents to average 67.2 points per game on 42.8% shooting from the field.  The Bears are grabbing 6.2 steals per game but have a turnover margin of -1.1 on the season.

The Valparaiso Crusaders won their last game and improved to 15-14 (8-8 MVC) on the season after defeating the Bradley Braves, 90-78, this past Saturday.  Valparaiso was down 42-36 at the half but used an offensive surge in the second half to take a 76-61 lead with 6:08 remaining in regulation and coasted to the victory from there.  The Crusaders shot 55.6% from the field and and impressive 64.3% from distance going 18-28. Javon Freeman-Liberty led the charge for Valparaiso with 18 points, 7 rebounds and 4 assists.

Defensively, Valparaiso is allowing their opponents to average 71.0 points per game on 45.6% shooting from the field.  The Crusaders are grabbing 8.0 steals per game aiding in a turnover margin of 1.7 on the season.

Missouri State comes into the matchup ranking 35th in the country in rebound margin at 5.4 and 65th in team FT% at 74.3% on the season.  Valparaiso ranks 33rd in the country with 15.1 assists per game and 71st in college basketball with an assist/turnover ratio of 1.71.

Valparaiso defends home court well, going 10-2 at home this season but lost 67-60 at home against Missouri State earlier in the season.  I think Missouri state will control the pace in this one and keep it close. I’m taking Missouri State to cover on the road in what I think will be a close game.