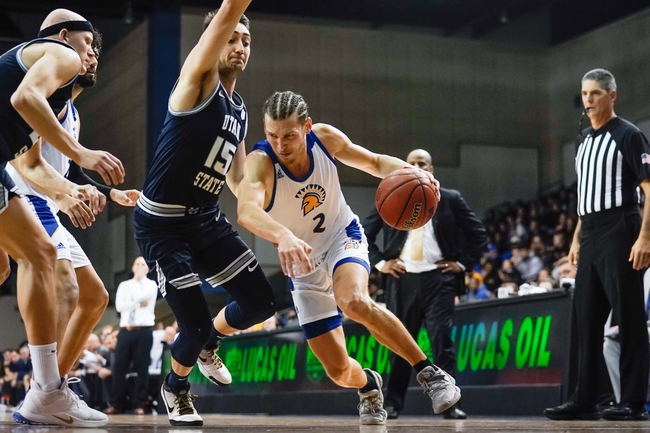 San Jose State is having a terrible season, and if they win this game it would be their biggest one of the season. Away from home San Jose State only has one win and overall they have only one win over their last ten games.

On offense San Jose State is led by guard Seneca Knight who is averaging 17 points per game, but outside of him, there haven’t been a whole lot of guys that have stepped up.

Coming into the season Utah State were hoping to be a tournament team, but at this point they probably need to win their conference tournament to get in.

The Aggies are hot right now winning their last five games, and each of the two games the defense hasn’t given up more than 59 points.

At home Utah State has a 14-1 record and the defense has locked down giving up only 58.8 points per game.

Utah State is led by Sam Merrill who is one of the best players in the conference averaging 18.9 points per game and shooting 41.4 percent from the floor.

San Jose State can score but they fail to play a lick of defense. Look for both teams to run up the score, and the over to be cashed with ease.