The biggest issue with NC State has been the inconsistency, and it proved again last week. After running up the score against Duke a week ago, the offense struggled on Saturday against Florida State and that led to a loss.

The Wolfpack have been a team that has a lot of success scoring, but their defense sometimes lets them down. Away from home this season NC State is averaging 71.3 points per agme while the defense is giving up 72.3 points.

The Wolfpack are led by a balanced attack and they currently have four guys averaging at least 12 points per game.

North Carolina have had a lot of issues this season and coming into this one they have lost seven games in a row. One game it’s the offense letting them down, and the next game it seems to be the defense that leads to a loss.

In North Carolina’s last game they could only manage 55 points, which led to a  17 point loss against Louisville.

Cole Anthony has been the star for the Tar Heels who is averaging 19.4 points, 6.3 rebounds, 3.7 assists. Anthony is shooting only 36.4 percent from the field.

North Carolina is 2-6 against the spread in the last eight home games.

NC State hasn’t been elite on the road, but there is no way I am trusting a North Carolina team that has lost seven games in a row to cover a spread.

Look for North Carolina’s offense to struggle and that will lead to a loss. 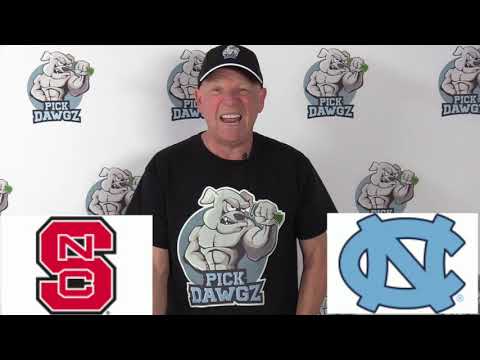