The Alabama Crimson Tide (15-12, CONF 7-7) and Mississippi State Bulldogs (17-10, CONF 8-6) face off in an SEC showdown at the Humphrey Coliseum. Alabama knocked off Mississippi State 90-69 earlier in the season.

Alabama has been up and down this season but with a strong finish they still have a chance to make the NCAA tournament. In Alabama’s last game the offense was elite putting up 103 points and that led to a blowout win. 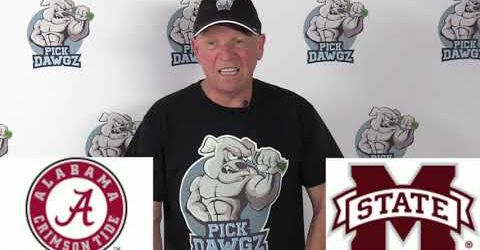 Against Ole Miss it was John Petty leading the way putting up 21 points but they got a little bit of help from everyone with five players scoring in double figures.

The one big downfall for Alabama most of the season has been the defense and over the last five games they are giving up 86.2 points per game.

Mississippi State has won two of the last three games, but the one loss was a bad one in their last game against Texas A&M. The defense for Mississippi struggled giving up 87 points to the Aggies, and if that happens again in this game, the Bulldogs are going to be in some trouble.

At home this season Mississippi State has a 12-2 record, but away from home is where the problems have been sitting with a 3-6 record.

Over the last five games, Mississippi State is averaging 74 points per game,and the defense is giving up 78.6.

The Bulldogs are led by Reggie Perry who is averaging 17.3 points while shooting 50.5 percent from the field.

At home this season Mississippi State is giving up 65.3 points and that will be the difference if they win or lose this game.

Alabama has an elite offense and they already destroyed Mississippi State one time this year. In this game the Crimson Tide are going to run up the score and they will have no problem keeping this game close. Look for Alabama to cover the spread.