Delaware State is one of the worst teams in Division 1 and coming into this game they have won only a game in their last ten. Delaware State has also only covered three spreads in the last ten games. 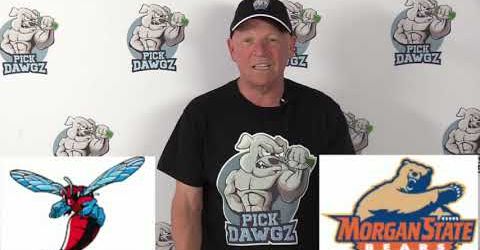 Away from home, Delaware State’s offense hasn’t been good, but the biggest issue has been the defense that is giving up 88.7 points per game and letting opponents shoot 49.4 percent from the field.

In Delaware State’s last game against a nine win Coppin State, the defense gave up 98 points.

Delaware State is led by John Crosby on offense who is averaging 20.2 points per game. The biggest issue for the Hornets is outside of Crosby there really hasn’t been many others that have stepped up.

Morgan State isn’t an elite team but they are solid and coming into this game they have won five of the last seven games. Over the last ten games though, Morgan State has only covered four spreads. MSU isn’t an elite offensive team so they count on their defense and at home this season they are giving up 65 points per game.

Over the last five games Morgan State is averaging 68.4 points while the defense is giving up 65.6.

Morgan State is led by Stanley Davis who is averaging 13.2 points while shooting 45.7 percent from the field.

Delaware State is 9-23 against the spread in their last 32 road games. The under is 9-4 in Delaware State’s last 13 games overall.

Morgan State is going to attack a weak Delaware State defense and that will be the difference in this game. Look for Morgan State to have no issue in this game, and they will be able to cover the spread with ease.