Where to watch: No TV Stream College Basketball all season on ESPN+. Sign up now!

Texas Southern comes into this game hot having won three games in a row and eight of the last ten games. Even with the success, they haven’t covered many spreads doing so only once in their last five games. 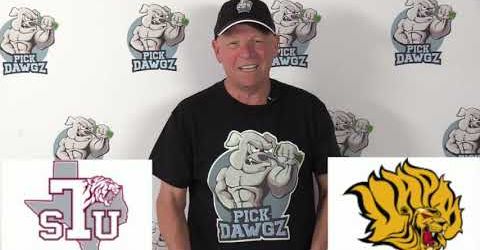 The Tigers have gone against some pretty terrible defenses in each of the last two games, and they have taken advantage, scoring at least 93 points in each of the games. In the last game, Texas Southern was paced by Justin Hopkins who put up 24 points and 10 rebounds in 32 minutes of action.

Away from home, Texas Southern has struggled sitting with a 5-12 record and the defense has really let them down giving up 79.9 points per game.

Arkansas-Pine Bluff only has three wins on the season, and coming into this game they lost ten games in a row. Pine Bluff also has only covered one of the last five spreads.

On the season Arkansas-Pine Bluff is averaging only 51.7 points per game and at home that number doesn’t improve much going up to 52.3.

The leading scorer for the Golden Lions is Markedric Bell who is averaging 9.6 points but he is shooting only 37.1 percent from the field.

On defense, Arkansas-Pine Bluff is giving up 68 points per game, but at home that number does drop a bit going down to 62.7 points.

Pine Bluff is facing a good offensive team, so it’s all going to be about their offense finding a way to get going and not scoring only 55 or 60 points, because that isn’t going to be enough to get the job done.

The under is 19-7 in Arkansas-Pine Bluff’s last 26 games overall.

Texas Southern’s offense is playing with a lot of confidence right now, and they should have a lot of success running up the score. Pine Bluff isn’t built to play in shootouts, and there is no way they will keep it close. Look for Texas Southern to win this game and cover the spread.