The Alcorn State Braves (12-13, CONF 8-6) and Alabama State Hornets (8-18, CONF 7-6) face off in a Southwestern Athletic Conference showdown at the Dunn-Oliver Acadome.Alcorn State knocked off Alabama State 63-60 late in January.

Alcorn State has been up and down this season and they are really struggling coming into this game having lost five of the last six games, and they only covered one spread during that stretch.

Away from home Alcorn State has a 3-12 record and the biggest reason for the struggles has been the defense that is giving up 78.8 points and letting opponents shoot 47.1 percent from the field.

In the Braves last game, it was the offense that was the real issue scoring only 61 points and that led to a ten-point loss.

Alcorn State likes to use a balanced attack on offense and four players are averaging at least 12 points per game.

Alabama State had won five games in a row heading into their last game against Southern but the offense failed them scoring only 44 points and that led to a loss. Alabama State has only played six games at home this year, but they are sitting with a 4-2 record.

On offense, Alabama State is led by Tobi Ewuosho who is averaging 13 points per game and shooting almost 49 percent from the field.

At home, Alabama State is giving up only 50 points per game, and it’s going to be crucial the defense locks down.

Alabama State has played better basketball as of late, and even though they struggled in the last game this is a bounce-back spot for them.

At home this season Alabama State is giving up 59 points per game which means Alcorn State is going to struggle to score and that will be enough to make the difference. Back Alabama State to win this game and cover the spread. 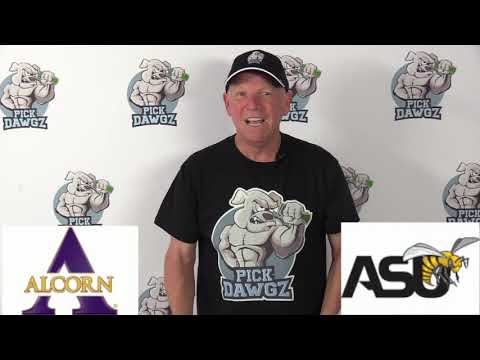