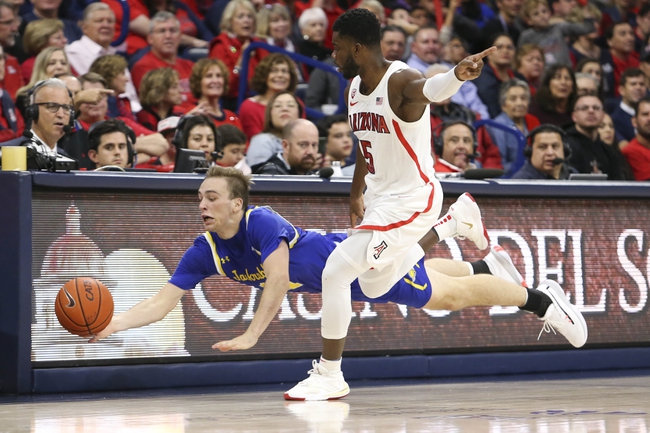 South Dakota is having quite the season, but coming into this game they lost two games in a row, including a really disappointing loss against North Dakota State by three points on their home court.

South Dakota’s gameplan is pretty simple, push the pace and try to score as many points as possible, and hope the defense makes enough stops late to come away with a victory. On the season South Dakota is averaging 74 points per game on the road while the defense has given up 78.2. Forward Tyler Hagedorn is the star of the Coyotes averaging 18.5 points while shooting 54.6 percent from the field.

In the Coyotes last game against NDSU, Hagedorn only scored 13 points and to win this game they are going to need him to have a big game.

South Dakota State’s goal is to make it back to the NCAA tournament, and a big game in this game would really prove a point. South Dakota State has a perfect 15-0 record at home and they play a complete game. At home the Jackrabbits offense is averaging 82.8 points per game, while the defense is giving up 65.7.

In South Dakota State’s last game they went on the road and dropped 94 points against the University of North Dakota.

South Dakota State is led by Dougas Wilson who is averaging 18.5 points and shooting 62.9 percent from the field.