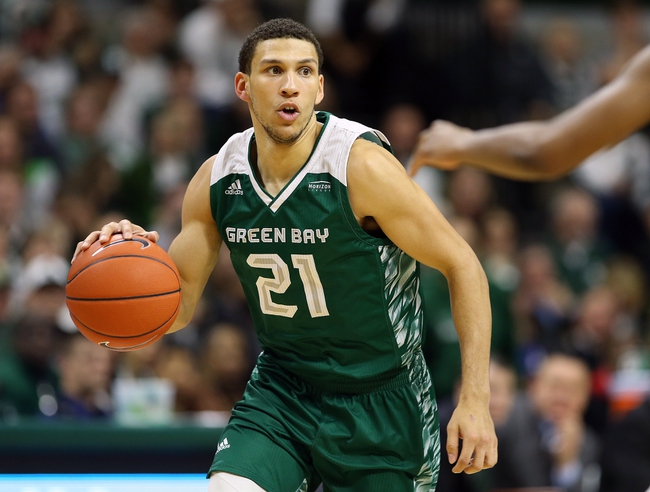 Where to Watch: My20 Detroit, ESPN+ Stream College Basketball all season on ESPN+. Sign up now!

The Green Bay Phoenix will travel to Athletics Center O’rena in Rochester, MI to take on the Oakland Golden Grizzlies this Sunday in an Horizon Conference showdown, tipping off at 3:00 EST.

The Green Bay Phoenix have won two games in a row and improved to 14-14 (9-6 Horizon) after defeating the Detroit Mercy Titans, 84-67, this past Friday.  Green Bay took a 44-36 lead into the half but Detroit was able to battle back to a tie in the second half. A late offensive surge put the Phoenix ahead for good as they were able to build a 74-60 lead with 5:04 remaining in regulation.  Green Bay shot 50.0% from the field and 47.6% from three-point range. JayQuan McCloud led the way for the Phoenix with 32 points, 4 rebounds, 5 assists, and 3 steals.

Defensively, Green Bay is allowing their opponents to average 80.3 points per game on 44.7% shooting from the field.  The Phoenix are grabbing 7.0 steals per game and have a turnover margin of 2.1 on the season.

The Oakland Golden Grizzlies have won three games in a row and improved to 11-17 (6-9 Horizon) on the season after defeating the Milwaukee Panthers, 75-68, this past Friday.  Oakland went into the half down 35-34 in what was a tight game until the end. It wasn’t until the Golden Grizzlies took a 69-59 lead with 2:35 remaining until the game was in hand for Oakland.  The Golden Grizzlies shot 50.0% from the field and 35.3% from three-point range. Xaiver Hill-Mais notched a double-double for Oakland with 23 points, 11 rebounds, 4 assists, 2 blocks and a steal.

Defensively, Oakland is allowing their opponents to average 69.3 points per game on 41.9% shooting from the field.  The Golden Grizzlies are grabbing 6.0 steals per game and have a turnover margin of -1.3 on the year.

Green Bay beat Oakland by four at home earlier in the year and have won 3 of their last 4 road games.  I think the Phoenix offense will be too much for Oakland and Green Bay will get another road win. I’m taking the Phoenix and the points on the road in a game I think they will win outright.