American comes into this game hot having won seven of their last ten games, and they have covered the spread in four of their last five games. 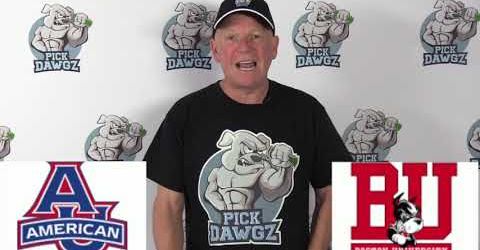 The Eagles offense has been strong on the road and at home, but the one big weakness has been the defense giving up 74.1 points per game away from their home floor.

Junior guard Sa’eed Nelson is the star of American averaging 18.2 points while shooting 47.3 percent from the field. In each of the last four games, Nelson has scored at least 22 points, and he will be a major key if American wants to pull off the big upset.

BU much like American has had a lot of success during conference play, but they come into this game having lost two of the last three games. On the season Boston is averaging 71.4 points per game, but in the last game against Lafayette they only could manage 59 and that led to a two-point loss. Against Lafayette, only two Boston players scored in doubt figures.

BU’s defense hasn’t been great giving up 70 points per game at home, so to have success the offense needs to run up the score.

Boston’s offense is led by Max Mahoney who is averaging 15.5 points and 7.7 rebounds per game.

Boston should be able to get their offense back on track in this one, and much like the rest of the season, their defense should also struggle. Look for Boston and American to get into a track meet and for both teams to score at least 70 points, which will push this game over the posted total of 142.