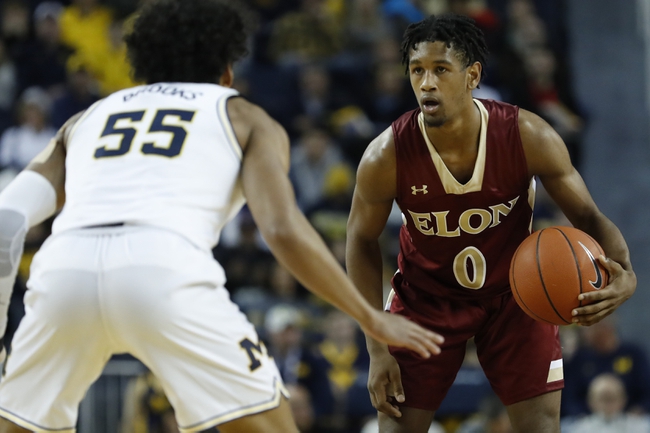 The Elon Phoenix will head to SECU Arena in Towson, MD to take on the Towson Tigers in a CAA showdown this Saturday, tipping off at 2:00 EST.

The Elon Phoenix have won two games in a row coming into this contest and improved to 11-18 (7-9 CAA) after defeating the James Madison Dukes, 70-62, this past Thursday.  This game was close throughout most of the game as the Phoenix and Tigers went into half tied at 34-34. It wasn’t until midway through the second half until Elon was able to put some distance between themselves and James Madison when they grabbed a 60-49 lead with 3:57 remaining in regulation and never looked back.  The Phoenix shot 48.1% from the field and 44.0% from three-point range. Hunter McIntosh led the way for Elon, scoring 27 points with 5 assists, 2 steals and a rebound.

Defensively, Elon is allowing their opponents to average 71.6 points per game on 43.8% shooting from the field.  The Phoenix are only averaging 4.7 steals per game but still have managed to keep an even turnover margin of 0.0 on the year.

The Towson Tigers lost their last game and dropped to 16-12 (9-6 CAA) after being defeated by the William & Mary Tribe, 61-51, this past Thursday.  The Tigers struggled on offense throughout the game, finding themselves down 32-23 at the half. The Tribe was able to maintain control in the second half as they held on for the 10 point win.  Towson shot only 27.4% from the field despite a solid 35.3% from distance. Brian Fobbs led the way for the Tigers with 15 points, 7 rebounds and a steal in the contest.

Defensively, Towson is holding their opponents to 65.8 points per game on 40.5% shooting from the field.  The Tigers are getting 5.8 steals per game but have a turnover margin of -0.6 on the season.

Elon comes into the game ranked 81st in assist/turnover ratio as they’ve been averaging 13.4 apg on the year.  The 10.1 made 3’s per game by the Phoenix is good for 8th in the country. Towson comes in ranking 45th in rebound margin at 5.0 and when they get to the line they make you pay, ranking 25th in college basketball with a 77.0% team free-throw percentage.

Towson managed a 9 point victory at Elon earlier in the season, however Elon has been playing great as of late, especially on the road where the Phoenix have now won three straight games.  The Tigers strong defense is tempting, however I think the number is a little high for an Elon team that seems to be hitting their stride late, therefore I am taking the points with Elon in a game I think they could possibly win outright.