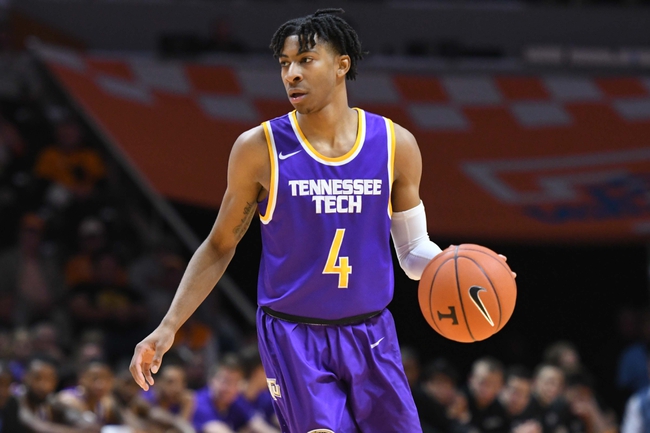 The SE Missouri State Redhawks will travel to the Hooper Eblen Center to take on the Tennessee Tech Golden Eagles this Saturday night in College Basketball action.

The SE Missouri State Redhawks had their 2-game winning streak snapped and dropped to 7-21 (3-12 OVC) on the season after being defeated by the Jacksonville State Gamecocks, 65-58, this past Thursday. SE Missouri State struggled offensively agianst Jacksonville State and couldn’t fight back after the Gamecocks took a 55-45 lead with 6:47 left in regulation. SE Missouri State shot just 38.9% from the field and 17.6% from beyond the arc in the loss. Leading the way for the Redhawks was Alex Cladwell who had 13 points, 4 rebounds, 3 assists, and a steal.

Defensively, SE Missouri State is allowing their opponents to average 74.2 ppg on 47.1% shooting from the field. The Redhawks have a rebound margin of -3.5 and a turnover margin of -0.9.

The Tennessee Tech Golden Eagles improved to 8-20 (5-10 OVC) on the season after defeating the UT Martin Skyhawks, 78-65, this past Thursday. Tennessee Tech was outstanding offensively against the Skyhawks and had no trouble picking up the victory after going into halftime leading by a 31-22 margin. Tennessee Tech shot 46.4% from the field and committed just 7 turnovers in the victory. Leading the way for the Golden Eagles was Jr. Clay who had 14 points, 3 rebounds, 7 assists, and 3 steals.

Defensively, Tennessee Tech is allowing their opponents to average 72.8 ppg on 46.7% shooting from the field. The Golden Eagles have a rebound margin of -0.5 and a turnover margin of -1.5.

Tennessee Tech comes into this match-up ranked just 314th in scoring offense, 312th in FG%, and 272nd in scoring defense.

SE Missouri State was able to pick up a couple of much needed wins at home last week, however, this is still a team that comes into this game with an 0-14 record on the road. Tennessee Tech has won 3 of their last 4 games and as I think their offense will have some success agianst the Redhawks, I think the Golden Eagles will do enough to cover this small home spread. Good Luck!