The LSU Tigers will travel to Colonial Life Arena to take on the South Carolina Gamecocks this Saturday night in College Basketball action.

The LSU Tigers lost their 2nd straight game and dropped to 18-8 (9-4 SEC) on the season after being defeated by the 10th ranked Kentucky Wildcats, 79-76, this past Tuesday. LSU had no answers defensively against the Wildcats in the 2nd half and couldn’t fight back after Kentucky took a 64-52 lead with 5:47 left in regulation. LSU shot 47.5% from the field and 50.0% from beyond the arc in the victory. Leading the way for the Tigers was Darius Days who had a double-double with 13 points, 11 rebounds, and 2 steals.

Defensively, LSU is allowing their opponents to average 80.6 ppg on 47.3% shooting from the field. The Tigers have a rebound margin of 7.2 and a turnover margin of -0.7.

Defensively, South Carolina is allowing their opponents to average 66.8 ppg on 38.7% shooting from the field. The Gamecocks have a rebound margin of 2.5 and a turnover margin of 2.3.

LSU has lost 4 of their last 5 games however, the Tigers still have one of the more explosive offenses in College Basketball as LSU comes into this game ranked 9th in scoring offense, 23rd in FG%, and 16th in rebound margin.

South Carolina has been led by their defense which comes into this game ranked 102nd in scoring defense, 17th in defensive FG%, and 46th in turnover margin.

LSU is a dangerous team, however, I just haven’t seen a lot from the Tigers as of late, especially on the road in which the Tigers have lost their last three games which included a 99-90 loss at Vanderbilt. South Carolina has won 6 of their last 8 games and as I trust that their defense at home can give the LSU offense some trouble, I think the Gamecocks offense will do enough for them to pull out this win. I’m taking South Carolina to cover. 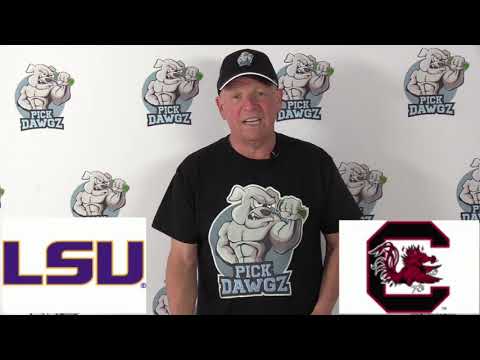