The Michigan Wolverines (17-9, CONF 8-7) and Purdue Boilermakers (14-13, CONF 7-9) face off in a Big Ten showdown at Mackey Arena. The Wolverines knocked out the Boilermakers in overtime by six points earlier this season.

The Wolverines have been up and down this season, but the last couple of weeks they have really figured it out. Michigan has won four games in a row, and even in their last game without Isaiah Livers they beat Rutgers by eight points.

Over the last five games Michigan is averaging 72.6 points while giving up 60 and holding opponents to only 37.6 percent from the field.

Livers is questionable again for this game as he deals with an ankle injury, and if they don’t have him in this game, that is a big loss.

The Boilermakers still have some work to do to make the NCAA tournament, but a win in this game would be a big boost. Purdue has lost three games in a row and they didn’t cover a spread in any of those games.

At home this season Purdue is averaging 77.6 points while their defense is giving up 59.8 points. If they want to win this game, the Boilermakers need their defense to be strong.

The Boilermakers are led by Trevion Williams who is averaging 11.2 points and 7.6 rebounds per game.

The Boilermakers are 4-9-2 ATS in their last 15 games against the Big Ten. The home team is 8-3-1 ATS in the last 12 meetings played between Michigan and Purdue. The over is 6-2-1 in the Boilermakers last meetings in Purdue between the Wolverines and Boilermakers. 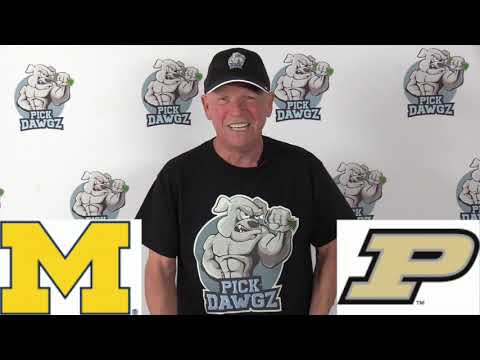