The Line: Mississippi -2 -- Over/Under: 152 Click Here for the Latest Odds

One of the harder teams to figure out this season has been the Crimson Tide. Two games ago Alabama knocked off LSU in one of their more impressive wins of the season. The Crimson Tide followed up that victory with a terrible loss by six points against Texas A&M. 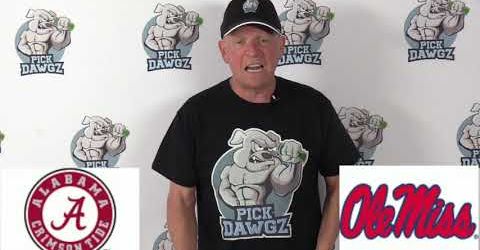 The Rebels have also been super inconsistent this year, and coming into this game they have lost two games in a row. The Rebels are a good defensive team at home giving up 63.4 points, and if they want to win this game, the defense is going to need to step up in a big way.

Guard Breein Tyree is playing 34.3 minutes per game while averaging 20.3 points and 3.7 rebounds, and 2.5 assists.

The Rebels and Crimson Tide have both done a good job of covering spreads, and that is about the only thing consistent about these teams. Away from home the Crimson Tide have had success running up the score, and this should be an up and down affair. Look for over to cash with ease.

Get Premium Picks Start Winning Now »
The pick in this article is the opinion of the writer, not a PickDawgz site consensus.
Previous Pick
North Dakota vs. North Dakota State - 2/22/20 College Basketball Pick, Odds, and Prediction
Next Pick
Arizona vs. Oregon - 2/22/20 College Basketball Pick, Odds, and Prediction