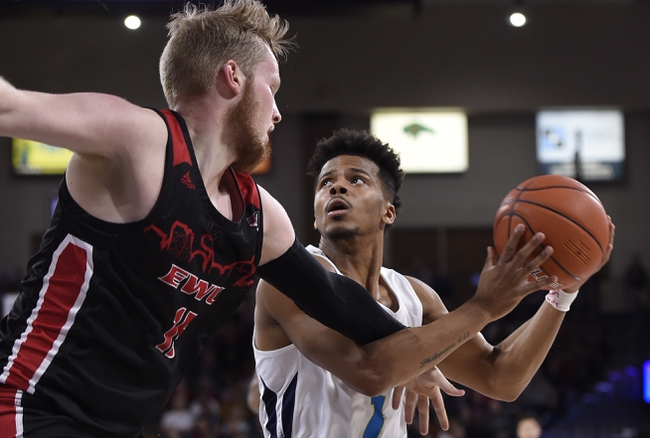 The Northern Arizona Lumberjacks (15-10, CONF 9-7) and Eastern Washington Eagles (18-8, CONF 11-4) face off in a Big Sky showdown at Reece Court.The Eagles knocked off the Lumberjacks 77-66 in early February.

The Lumberjacks come into this game having won two games in a row and they have covered the spread in each of those games. In the Lumberjacks last game against Idaho it was the defense that locked down giving up only 61 points and that led to an easy victory.

The Lumberjacks are led by guard Cameron Shelton who is averaging 13.9 points while shooting just under 40 percent.

The Eagles have had a lot of success this season and on the season they are averaging 77.5 points per game. Over the last five games Eastern Washington is having even more success averaging 78.6 points.

Guard Jacob Davison is the star of the Eagles averaging 18.2 points, and the offense seems to go with him.

Eastern Washington isn’t a great defensive team, so to have success in this game, they need the offense to be strong.

The Eagles are the better team and they should have no issue in this game. Look for Eastern Washington to run up the score and that will lead to an easy cover.