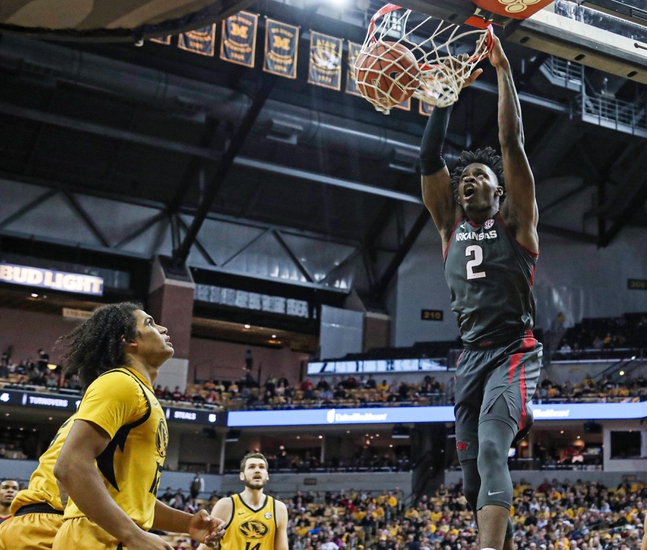 The Missouri Tigers will travel to Bud Walton Arena to take on the Arkansas Razorbacks this Saturday afternoon in College Basketball action.

The Missouri Tigers won their 2nd straight game and improved to 13-13 (5-8 SEC) on the season after defeating the Ole Miss Rebels, 71-68, this past Tuesday night. In a tight back and for game late, Missouri was able to pull out the victory behind solid FT-shooting down the stretch in which the Tigers went 8 for 8 at the line over the final :59 seconds of regulation. Missouri shot 38.2% from the field and 85.2% (23-27) from the FT-line in the victory. Leading the way for the Tigers was Xavier Pinson who had 32 points and 4 rebounds.

Defensively, Missouri is holding their opponents to an average of 65.3 ppg on 40.5% shooting from the field. The Tigers have a rebound margin of 0.4 and a turnover margin of 0.4.

The Arkansas Razorbacks lost their 5th straight game and dropped to 16-10 (4-9 SEC) on the season after being defeated by the Florida Gators, 73-59, this past Tuesday. Arkansas trailed by a 33-26 margin at halftime and couldn’t fight back after a 10-0 Gators run gave Florida a 66-52 lead with 3:39 left in regulation. Arkansas shot just 18.8% from beyond the arc and was outrebounded by the Gators by a 36-26 margin in the loss. Leading the way for the Razorbacks was Mason Jones who had 21 points, 3 rebounds, and 5 assists.

Defensively, Arkansas is allowing their opponents to average 67.4 ppg on 42.0% shooting from the field. The Razorbacks have a rebound margin of -6.5 and a turnover margin of 4.7.

Missouri has won 3 of their last 4 games and come into this game ranked 280th in scoring offense, 68th in scoring defense, and 65th in defensive FG%.

Arkansas has struggled as of late, however, the Razorbacks have been solid on both sides of the court this season and come into this game ranked 107th in scoring offense, 121st in scoring defense, and 9th in turnover margin.

Missouri has been playing well as of late, including a solid 85-73 at home against Auburn, however, the Tigers have really struggled on the road this season, posting just a 1-8 road record. Arkansas have lost 5 in a row, however, the Razorbacks could have easily been 3-2 in that span which included a tough 83-79 loss in OT at Missouri. Arkansas is 10-4 at home on the season and as I think the Tigers will have trouble scoring the basketball, especially as Mark Smith (10.9 ppg) has already been ruled out, I think Arkansas does enough at home to snap their losing streak and cover this spread. Good Luck! 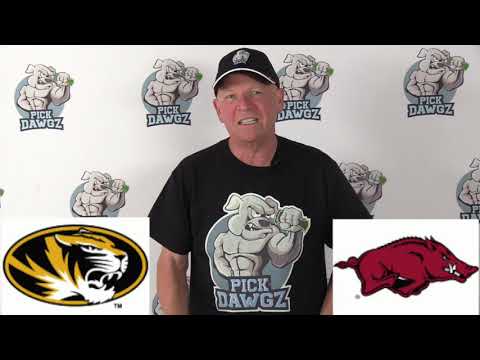