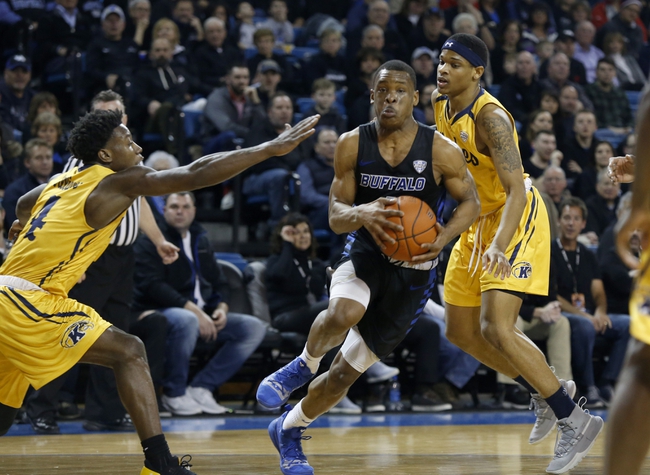 The Buffalo Bulls will travel to the MAC Center to take on the Kent State Golden Flashes this Friday night in College Basketball action.

The Buffalo Bulls won their 3rd straight game and improved to 17-9 (8-5 MAC East) on the season after defeating the Ball State Cardinals, 72-59, this past Tuesday. Buffalo struggled offensively against the Cardinals, however, the defense stepped up in a big way and the Bulls were able to pull away after a 10-3 run gave Buffalo a 66-53 lead with 3:50 left in regulation. Buffalo shot just 32.9% from the field, however, did force Ball State to commit 15 turnovers and also outrebounded the Cardinals by a 51-42 margin. Leading the way for the Bulls was Jayvon Graves who had a double-double with 16 points, 10 rebounds, and 3 assists. 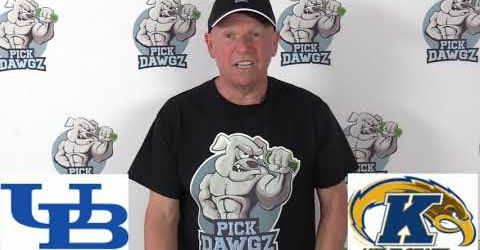 Defensively, Buffalo is allowing their opponents to average 74.0 ppg on 43.3% shooting from the field. The Bulls have a rebound margin of 5.2 and a turnover margin of 0.7.

The Kent State Golden Flashes dropped to 17-9 (7-6 MAC East) on the season after being defeated by the Eastern Michigan Eagles, 70-49, this past Tuesday. Kent State trailed by just a 30-28 margin at halftime, however, the Golden Flashes offense struggled on the road agianst the Eagles and Kent State couldn’t fight back after Eastern Michigan took a 50-36 lead with 7:58 left in regulation. Kent State shot just 29.1% from the field and 16.1% from beyond the arc in the loss. Leading the way for the Golden Flashes was Danny Pippen who had a double-double with 15 points, 10 rebounds, 2 assists, and a block.

Defensively, Kent State is allowing their opponents to average 68.3 ppg on 41.0% shooting from the field. The Golden Flashes have a rebound margin of 0.4 and a turnover margin of 2.0.

Buffalo comes into this game ranked 27th in scoring offense, 40th in rebound margin, and 288th in scoring defense.

Kent State has been balanced on both ends of the court this season and currently rank T-77th in scoring offense, 149th in scoring defense, and 79th in defensive FG%.

Kent State is a solid 11-2 on the road this season and was able to defeat the Bulls on the road earlier this season by 70-66 margin, however, you have to be a bit concerned with the offense as of late, which has scored 54 points or less in three of their last four games. Buffalo has played well on the road as of late, winning games at Akron & Toledo, and as the Bulls defense has held their last three opponents to just an average of 62.0 ppg, I think Buffalo does enough in this one to cover with the points.