The Green Bay Phoenix (13-14, CONF 8-6) and Detroit Mercy Titans (6-21, CONF 4-10) face off in a Horizon League showdown at the Calihan Hall.Green Bay knocked off Detroit Mercy by three points in January.

The Phoenix played a tough non-conference schedule, and that has helped them have more success during conference play. Coming into this game Green Bay has won three of the last four and six of the last ten games.

The Phoenix are coming off a game against Milwaukee where they put up 94 points, and three players scored at least 20 points.

It’s been another long season for the TItans, and coming into this game they have lost five games in a row, and failed to cover the spread in each of those games. Detroit Mercy has been a fine offensive team, but their defense has left a lot to be desired.

Over the last five games, the Titans are giving up 80.4 points, while letting opponents shoot 48.3 percent from the field.

The Titans are led by Antoine Davis who is averaging 23.2 points. 4.6 rebounds, and 3.1 assists per game. Davis has had a lot of success scoring, but others around him haven’t really stepped up.

This is going to be a high scoring affair with very little defense being played. Who will win is a toss up, but there should be no issue going well over the total. 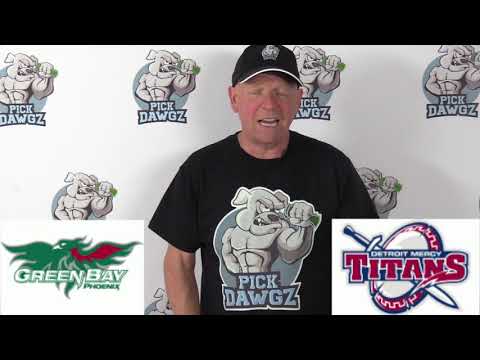