The Brown Bears (12-9, CONF 5-3) and Columbia Lions (6-18, CONF 1-7) face off in an Ivy League showdown at the Levien Gymnasium.The Bears knocked off the Lions by six points on the first day of February.

Brown has been up and down this season, and coming into this game they have won five of the last six games. In the last game against Princeton, the offense let them down scoring only 54 points and that led to a loss. 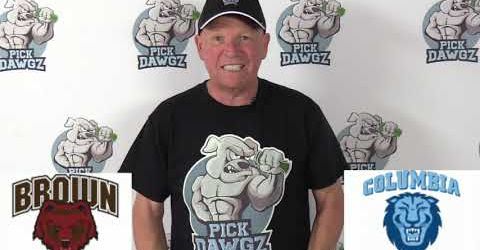 The Bears are led by Brandon Anderson who is averaging 18.5 points while shooting 38.3 percent from the field.On the season the Bears offense isn’t as strong averaging only 63.1 points per game.

The Lions find themselves at the bottom of the Ivy League Coming into this game Columbia has lost seven games in a row, but in their last game they gave Harvard everything they could handle.

The Lions forced overtime against the Crimson, but they couldn’t make the plays late and it led to a loss.

On the season the Lions are averaging 66.2 points per game while the defense is giving up 71.8.

The Bears have struggled on the road, but there is still no doubt they are the better team in this matchup. The Bears offense is going to find success, which will lead to an easy cover of the spread.