There were a lot of questions heading into the season for the Bruins, and although they got out to a slow start, they have been playing better as of late. UCLA has won three games in a row, and they covered the spread in two of those games.

Over the last five games the Bruins offense is averaging 71.4 points while the defense is giving up 66.6. The Bruins are led by guard Chris Smith who is averaging 13.3 points and 5.5 rebounds per game.

The Utes have been a major disappointment this year, and coming into this game they have lost two games in a row and four of their last six. The offense has been an issue for Utah, and in thier last game against Oregon, the defense was also terrible giving up 80 points.

At home this season Utah is giving up 65.6 points per game, so the hope is the defense can be better in this game. The Utes are led by forward Timmy Allen who is averaging 17.6 points and 7.2 rebounds per game.

The Bruins are 17-35 ATS in their last 52 road games. The home team is 11-2 ATS in the last 13 meetings between the Bruins and Utes. The under is 7-1 in the Utes last eight games overall.

This has been a series dominated by the home team but I don’t see it happening in this game. The Utes defense has struggled the last two games and it’s going to let them down again in this one. Back the Bruins to cover the spread and cash. It wouldn’t be a bad idea to sprinkle a few dollars on the Bruins money line. 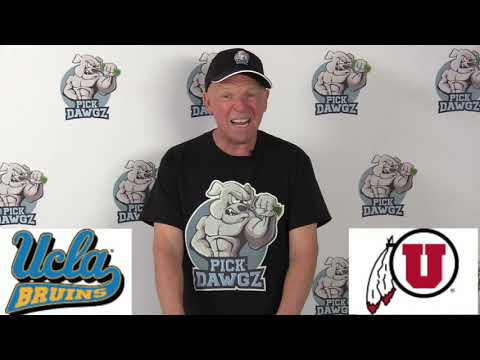