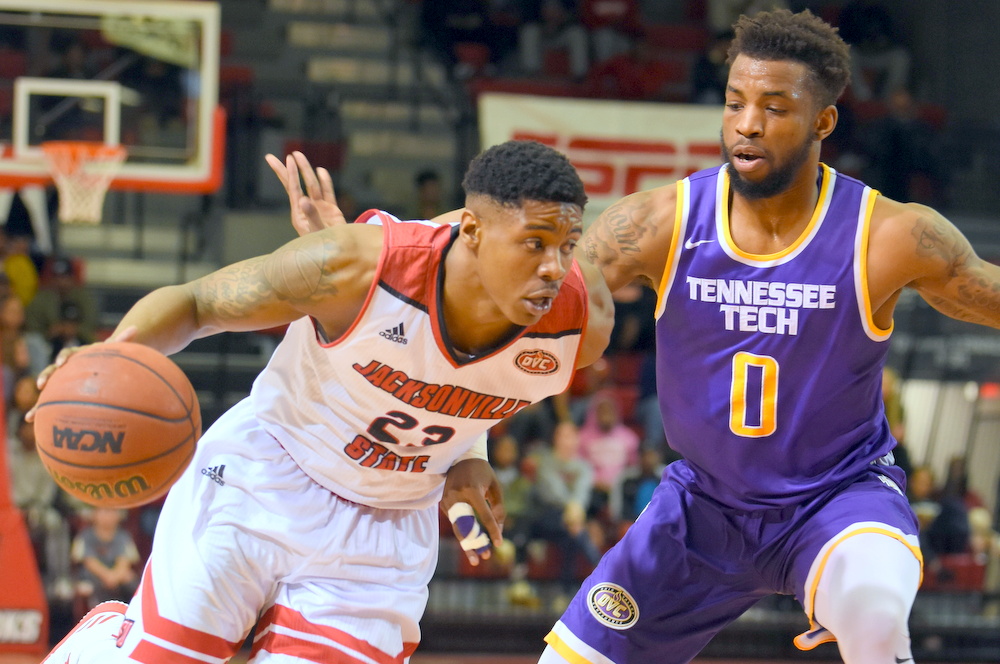 The Tennessee Tech Golden Eagles (7-20) will host the Tennessee Martin Skyhawks (8-17) on Thursday, February 20th for an Ohio Valley Conference match up at the Hooper Eblen Center Gymnasium in Cookville, TN. The game is scheduled for a 7:30pm central tip off.

Tennessee Tech will come into this game winning 2 of their last 5 games. In the most recent match up against Tennessee State the Golden Eagles lost 55-70 with 16 points from Jr Clay. The Golden Eagles had a tough night on offense only shooting 29.9% for the game and 11.1% from the three-point line.

Tennessee Martin are coming off a 80-79 overtime win over Eastern Illinois where Quentin Dove led the team with 32 points and 10 rebound on an efficient 12-16 from the field. Dere Hawthorn and Eman Sertovic also chipped in 18 & 14 respectively. As a team they shot 13-26 from behind the arc for 50% for the game.

On the season, Tennessee Martin are averaging 76.4 points per game and are giving up 82.6. They are converting at 45.3% from the field and allowing their opponents to score at 49.9% from the field.

Both teams are 2-3 ATS in their last 5 games and 2-3 straight up. Both teams have also struggled on the road this season with Tennessee Tech going 3-10 and Tennessee Martin going 2-10.

Both teams seem to match up evenly across the board but with the road struggles of both teams I have to take the home advantage with Tennessee Tech. I expect a close match up but think Tennessee Tech will be able to get the job done at home. I’ll lay the single bucket with the Golden Eagles.