The Southern Utah Thunderbirds will travel to Bank of Colorado Arena to take on the Northern Colorado Bears this Thursday night in College Basketball action.

The Southern Utah Thunderbirds lost their 2nd straight game and dropped to 14-11 (7-7 Big Sky) on the season after being defeated by the Northern Arizona Lumberjacks, 82-79, this past Saturday. Southern Utah led by a 35-34 margin at halftime, however, struggled defensively in the 2nd half and couldn’t fight back after Northern Arizona took a 69-59 lad with 3:59 left in regulation. Southern Utah shot just 17.6% from beyond the arc and lost the turnover battle by a 11-4 margin in the loss. Leading the way for the Thunderbirds was Andre Adams who had a double-double with 20 points, 11 rebounds, 1 assist, and 2 blocks.

Defensively, Southern Utah is holding their opponents to an average of 65.0 ppg on 38.9% shooting from the field. The Thunderbirds have a rebound margin of 5.7 and a turnover margin of -1.0.

The Northern Colorado Bears won their 2nd straight game and improved to 17-8 (10-4 Big Sky) on the season after defeating the Sacramento State Hornets, 68-65, this past Saturday. Northern Colorado was extremely efficient on the offensive end against the Bears and pulled away late after taking a 62-54 lead with just 4:06 left in regulation. Northern Colorado shot 65.9% from the field and 42.9% from beyond the arc in the victory. Leading the way for the Bears was Jonah Radebaugh who had 21 points, 4 rebounds, 6 assists, and a steal.

Defensively, Northern Colorado is holding their opponents to an average of 62.6 ppg on 44.1% shooting from the field. The Bears have a rebound margin of 2.0 and a turnover margin of 1.1.

Southern Utah comes into this game ranked 122nd in scoring offense, 76th in FG%, and 65th in scoring defense.

Northern Colorado has been led by their offense this season that ranks 105th in scoring offense, 66th in FG%, and 5th in three-pointers made per game.

Southern Utah comes into this game having lost 3 of their last 4 games and between the fact that the Bears took care of business by a 68-60 margin at Southern Utah this season and that I think their offense will have no issues putting up plenty of points on their home court, I’m taking Northern Colorado to cover this mid-range home spread. Good Luck! 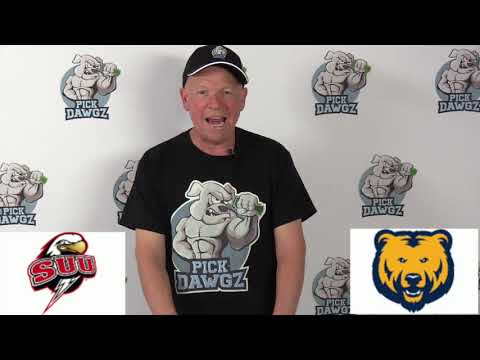