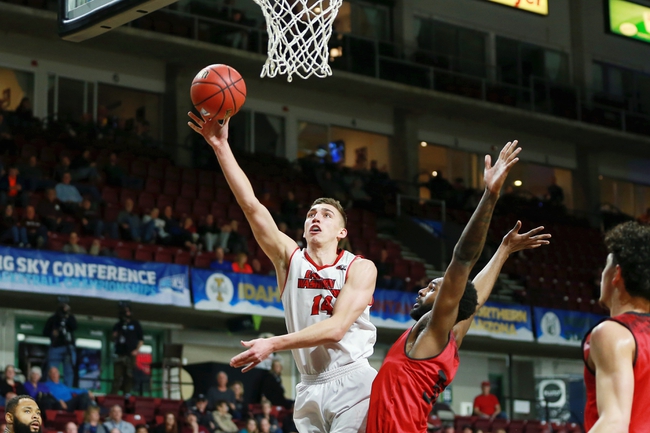 The Sacramento State Hornets will travel to Reese Court in Cheney, WA to take on the Eastern Washington Eagles this Thursday night in a Big Sky showdown, tipping off at 9:05PM ET.

The Sacramento State Hornets (13-11, 6-9 Big Sky) are coming off a tight loss to the Northern Colorado Bears at home after being defeated, 68-65, this past Saturday.  The game was tight the whole way, with Northern Colorado taking a 37-31 lead into half.  The Hornets pulled within one at 55-54 with 6:27 left in game however the Bears were able to hold off Sacramento State in the final minutes to hold onto the victory.  The Hornets shot 49.1% from the field despite just 27.3% from three-point range.  Joshua Patton led the way for the Hornets, scoring 14 points to go along with 2 rebounds, 2 steals and an assist.

Defensively, Sacramento State is holding their opponents to just 58.2 ppg on 40.8% shooting from the field.  The Hornets are averaging 6.6 steals per game helping them obtain a turnover margin of 1.5.

The Eastern Washington Eagles (17-8, 10-4 Big Sky) won their last contest, defeating the Portland State Vikings, 89-81, on the road this past Saturday.  Eastern Washington found themselves trailing at the half, 45-38, however a huge 51 point second half delivered them to victory.  The Eagles took the lead for good, 61-58, with 12:13 left in regulation.  Eastern Washington shot 49.2% from the field and 45.5% from three-point range.  Jacob Davidson stuffed the stat sheet for the Eagles, scoring 30 points along with 4 rebounds, 4 assists, a steal and a block.

Defensively, Eastern Washington is allowing their opponents to average 74.1 ppg on 42.5% shooting from the field.  The Eagles are averaging 7.6 steals per game, helping them attain a turnover margin of 1.2.

This is a classic offense vs. defense matchup.  Typically I would lean towards the defense in this scenario, but in looking at the trends and considering the Eagles grabbed a 5 point victory in Sacramento earlier in the season, I believe the Eastern Washington offense will be too much for the Hornets again and I’m laying the points at home.

Get Premium Picks Start Winning Now »
The pick in this article is the opinion of the writer, not a PickDawgz site consensus.
Previous Pick
Denver vs. Oral Roberts - 2/20/20 College Basketball Pick, Odds, and Prediction
Next Pick
Idaho vs. Northern Arizona - 2/20/20 College Basketball Pick, Odds, and Prediction