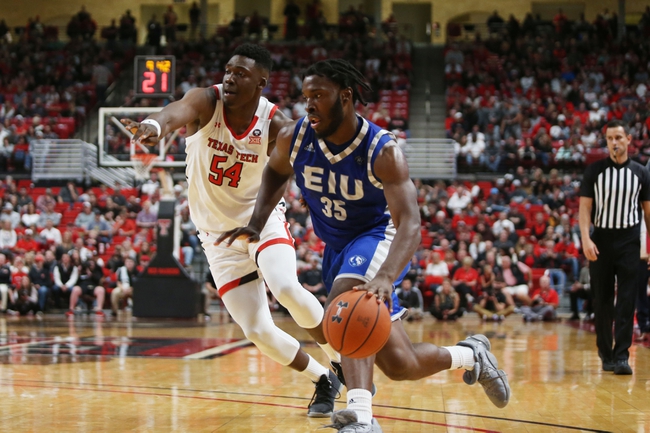 The Murray State Racers will travel to Lantz Arena to take on the Eastern Illinois Panthers this Thursday night in College Basketball action.

The Murray State Racers improved to 19-7 (12-2 OVC) on the season after defeating the Morehead State Eagles, 85-57, this past Saturday. Murray State dominated the Eagles on both ends of the court throughout the game and had no trouble securing the victory after taking a 65-45 lead with 10:43 left in regulation. Murray State shot 52.7% from the field while holding Morehead State to just 33.9% shooting from the field and 33.3% from beyond the arc. Leading the way for the Racers was Devin Gilmore who had a double-double with 11 points, 10 rebounds, 1 assist, and 3 blocks in just 22 minutes from off the bench.

Defensively, Murray State is holding their opponents to an average of 65.0 ppg on 39.8% shooting from the field. The Racers have a rebound margin of 7.6 and a turnover margin of -1.0.

The Eastern Illinois Panthers lost their 2nd straight game and dropped to 12-14 (5-9 OVC) on the season after being defeated by the UT-Martin Skyhawks, 80-79 in OT, this past Saturday. Eastern Illinois allowed UT-Martin to fight back from a 67-60 deficit with just 4:05 left in regulation to force OT and the Skyhawks were able to get a dramatic victory after Derek Hawthorne Jr. hit a game-winning three-pointer for UT-Martin as time expired. Eastern Illinois allowed UT-Martin to shoot 50.9% from the field and 50.0% from beyond the arc in the loss. Leading the way for the Panthers was Josiah Wallace who had 20 points, 4 rebounds, 4 assists, and 3 steals.

Defensively, Eastern Illinois is allowing their opponents to average 69.8 ppg on 42.2% shooting from the field. The Panthers have a rebound margin of 1.8 and a turnover margin of 2.3.

Murray State comes into this game ranked 41st in scoring offense, 11th in FG%, and 64th in scoring defense.

Eastern Illinois comes into this match-up ranked 76th in scoring offense, 58th in FG%, and 48th in turnover margin.

Murray State is once agianst one of the top teams in the OVC this season however, the Racers have lost 2 of their last 3 road games and had their hands full with Eastern Illinois at home, barley pulling out a 73-70 win. Eastern Illinois is 8-2 at home this season and between the fact that the Panthers seems to always play to the level of their competition and that I think their offense will have some success against the Racers defense, I’m taking Eastern Illinois and the points. Good Luck!