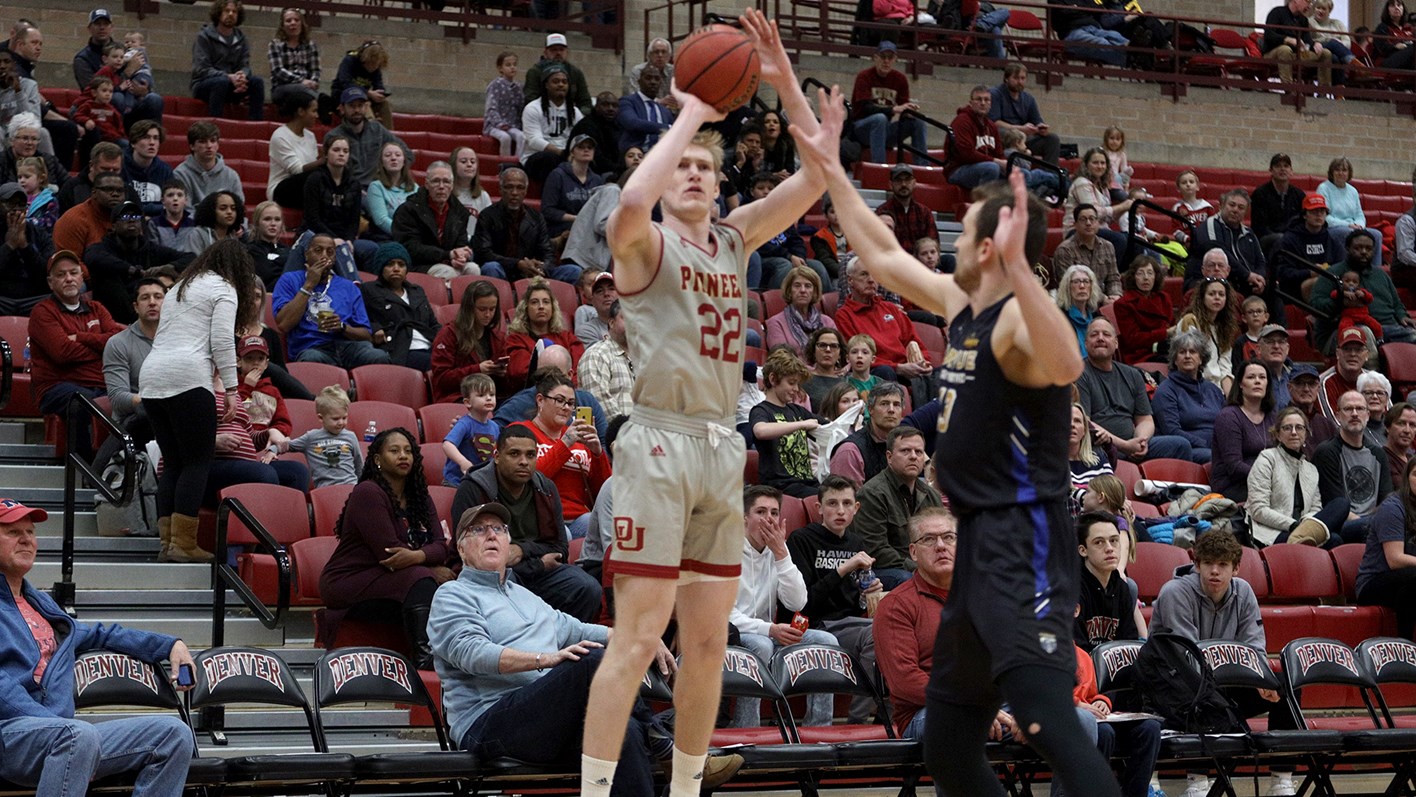 Where to Watch: Altitude Stream College Basketball all season on ESPN+. Sign up now!

The Denver Pioneers (5-22) will host the Oral Roberts Golden Eagles (14-12) on Thursday, February 20th for a Summit League Conference match up at Hamilton Gymnasium in Denver, CO. The game is scheduled for a 8:00pm MT tip off.

Denver will come into this game on a seven-game losing streak after dropping their last game to Purdue Fort Wayne 63-70. The Pioneers were blown out in the first half 38-19 but were able to claw their way back into the game but eventually came up short. Jase Townsend top scored for Denver with 15 points and 5 rebounds. The Pioneers really struggled from the charity stripe shooting 10-22 for 45.4%. A 5-22 team can’t leave free points on the floor and will have to improve if they expect to win any more games this season.

On the season, Denver are averaging 68.4 points per game and are giving up 76.7 which may explain why they have only won 5 games this season. They are shooting 44.3% from the field while their opponents are shooting 45.6%. The Pioneers are led by guards Ade Murkey and Jase Townsend who are both averaging 17 points per game.

Oral Roberts will come in expecting to repeat the same performance against Denver as they took a 86-77 victory two weeks prior. Oral Roberts are coming in on a two-game win streak after taking care of South Dakota 94-80 in their last match up. The Golden Eagles were led by Emmanuel Nzekwesi with 23 points and 12 rebounds. All 4 starters also contributed double figure scoring on the night for a balanced display of offense.

On the season, Oral Roberts are averaging 79.1 points per game and are giving up 73.2. They are a vastly different team when playing on the road this season going 3-11 compared to their almost perfect 11-1 when playing at home in Tulsa, OK. The Golden Eagles are led by Emmanuel Nzekwesi with 16.6 points per game. Three other starters are also averaging double figures on the year.

Oral Roberts are 1-3-1 in their last 5 games ATS whereas Denver although not winning games have been able to keep them close going 3-2 ATS. Both teams have been able to put up big numbers lately with the over hitting in 7 of the last 10. I don’t have a play on a team but I’ll take the over in this one.