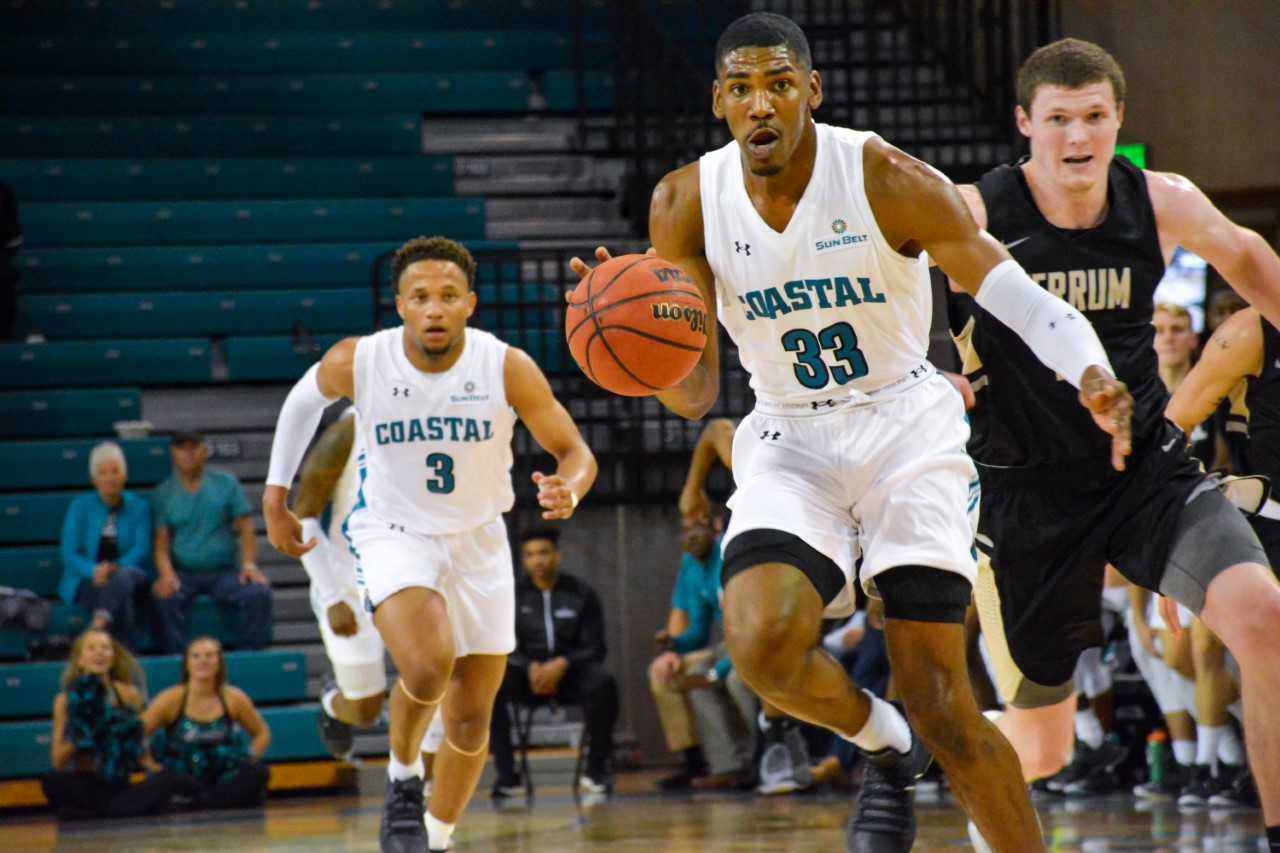 The Coastal Carolina Chanticleers (13-14) will host the Troy Trojans (9-18) on Thursday, February 20th for a Sun Belt Conference match up at the HTC Center in Conway, SC. The game is scheduled for a 6:00pm eastern tip off.

Coastal Carolina will enter this match up after two straight losses and will look to bounce back at home after a 80-92 loss at Georgia State. The Chanticleers were down 11 points going into the half time break and were never able come back from this deficit. What really hurt Coastal Carolina was the 18 turnovers which resulted in 19 points off turnovers for Georgia State. The Chanticleers were led by DeVante Jones with 24 points and 6 rebounds.

The Troy Trojans will attempt to break a losing streak of their own as they are coming off three straight losses and a 77-81 loss at Louisiana. Troy was led by Ty Gordon with 28 points and 3 rebounds on 12-17 from the field.

On the season, Troy are averaging 69.8 points per game and are giving up 72.7. They are shooting 40.4% from the field while their opponents are shooting 43.1%. The Trojans are led by Ty Gordon and Darian Adams who are both averaging 12 points per game. The Trojans have struggled this season going 9-18 on the year but seem to especially struggle in road environments going just 3-10.

Troy is 1-3-1 ATS in their last 5 games and are 1-4 straight up. Coastal Carolina is not doing much better ATS as of late going 2-3 in their last 5 games. The last time these two teams played resulted in a 18-point loss for Coastal Carolina. However, I think Coastal Carolina have enough talent to take care of business at home as they have shown flashes of how good they can be with a statement victory over Utah in November. I don’t love this match up between two bottom of the barrel Sun Belt teams but I’ll take the Chanticleer’s at home in this one.