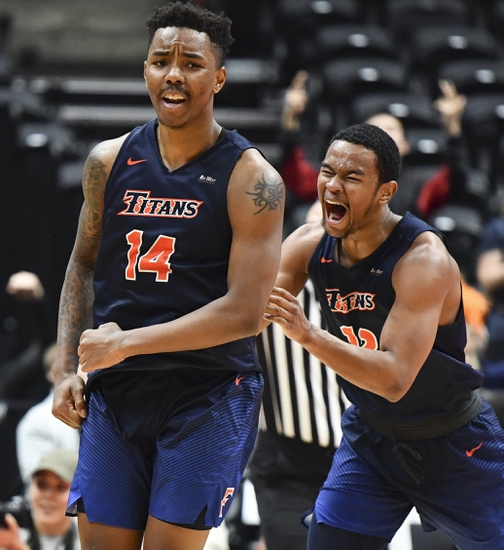 Where to watch: Strea, Stream College Basketball all season on ESPN+. Sign up now!

The UC Santa Barbara Gauchos (16-9, CONF 5-5) and Cal State Fullerton Titans (10-16, CONF 5-6) face off in a Big sky showdown at Titan Gym. The Titans have won two of the last three games over the Gauchos.

The Gauchos are coming off a bad loss, but before that they had won three games in a row. Most of the season Santa Barbara’s defense has been solid, but in the last game against UC Davis they gave up 84 points.

Away from home this season the Gauchos are averaging 69.9 points while giving up 69.2 points.

The Titans have been one of the more inconsistent teams in the Big Sky, and over the last ten games they have five wins.

When the Titans have struggled it’s been because of their defense. And at home this season they are giving up 75.8 points and letting opponents shoot 45.5 percent from the field.

The Titans are led by Brandon Kamga who is averaging 15.2 points while shooting 42 percent from the field.

Over the last five games Cal State is averaging 81.6 points per game while shooting 46.8 percent from the field.

The Titans are 6-19-1 ATS in their last 26 home games. The favorite is 9-2 ATS in the last 11 meetings played between UC Santa Barbara and Cal State Fullerton. The home team is 16-7 in the last 23 meetings.

These are two teams who have been hard to trust, but the Titans offense has been better as of late. It’s a lean, but back the Titans to cover the spread.