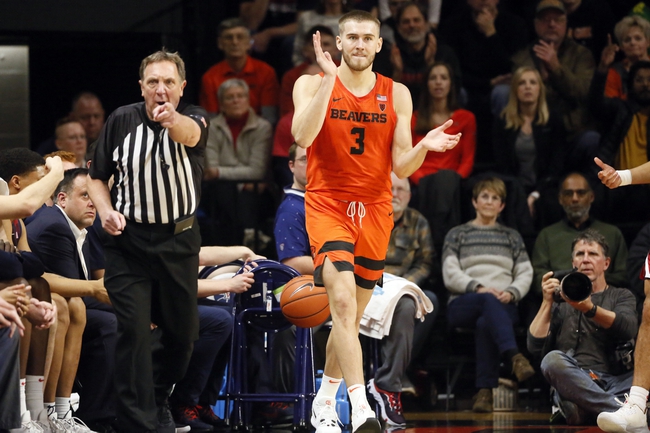 The Beavers might have had higher expectations coming into the season, but for the most part they have been at least competitive. Coming into this game Oregon State have won two of the last three games, but the loss was a blowout at the hands of the Buffaloes.

The Beavers offense has been good most of the season, but over the last five games the pace has slowed down and they are averaging 63 points while giving up 62.

The Beavers are led by Tres Tinkle who comes into this game averaging 18.3 points wile shooting 44.3 percent from the field.

The Wildcats have had a lot of success this season, and if they get hot they could make a run in the NCAA tournament. Coming into this game the Wildcats have won seven of their last nine games and covered the spread in six of those games.

At home this season Arizona has had an elite offense averaging 83.5 points per game, while shooting almost 48 percent from the field. Arizona is led by Zeke Nnaji who is averaging 16.6 points and 8.8 rebounds per game.

The Beavers are 2-8 ATS in their last eight Thursday games. Oregon State is 2-6 ATS in the last eight meetings against Arizona.

There is no doubt the Wildcats are the better team, but the Beavers have had success covering the spread against the WIldcats.

The Beavers defense has been better as of late, and they will play just enough in this game to cover the spread.