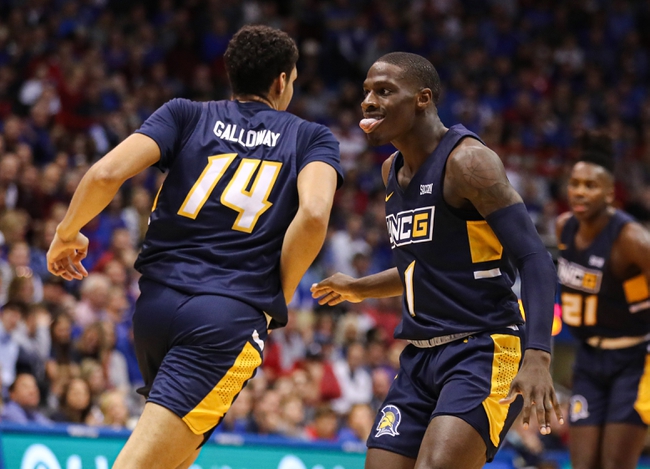 The Wofford Terriers will travel to Greensboro Coliseum to take on the UNC Greensboro Spartans this Wednesday night in College Basketball action.

The Wofford Terriers lost their 3rd straight game and dropped to 16-11 (8-6 Southern) on the season after being defeated by the Western Carolina Catamounts, 80-74, this past Saturday. Wofford struggled defensively against the Western Carolina offense and couldn’t fight back after the Catamounts took a 70-64 lead with 6:32 left in regulation. Wofford shot 45.3% from the field while allowing Western Carolina to shoot 55.8% from the field and 50.0% from beyond the arc. Leading the way for the Terriers was Nathan Hoover who had 19 points, 2 assists, and 2 steals.

Defensively, Wofford if allowing their opponents to average 68.3 ppg on 44.2% shooting from the field. The Terriers have a rebound margin of -0.9 and a turnover margin of 1.9.

The UNC Greensboro Spartans won their 4th consecutive game and improved to 21-6 (11-3 Southern) on the season after defeating the Mercer Bears, 67-55, this past Saturday. UNC Greensboro was lights out defensively against the Mercer offense and had no trouble pulling away for the victory after taking a 45-32 lead with 8:37 left in regulation. UNC Greensboro held Mercer to just 23.3% shooting from beyond the arc and forced the Bears into committing 21 turnovers in the victory. Leading the way for the Spartans was James Dickey who had a double-double with 15 points, 20 rebounds, and an assist.

Defensively, UNC Greensboro is holding their opponents to an average of 60.7 ppg on 41.3% shooting from the field. The Spartans have a rebound margin of 3.1 and a turnover margin of 7.3.

UNC Greensboro has been solid on both ends of the court as the Spartans currently rank 91st in scoring offense, 8th in scoring defense, and 1st in turnover margin.