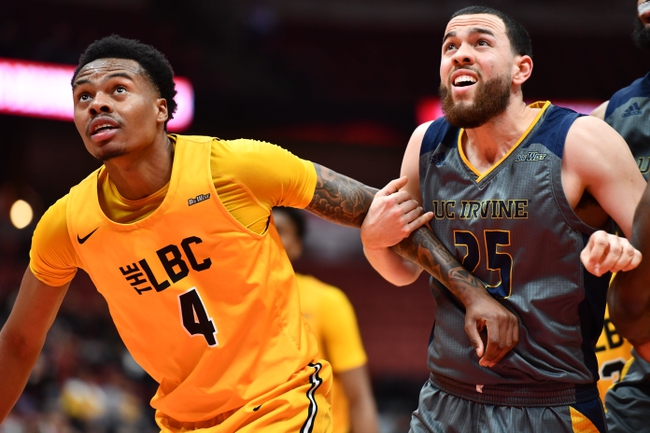 The Long Beach State 49ers will travel to the Bren Events Center to take on the UC Irvine Anteaters this Wednesday night in College Basketball action.

The Long Beach State 49ers won their 2nd straight game and improved to 9-17 (4-6 Big West) on the season after defeating the UC Riverside Highlanders, 65-63 in OT, this past Saturday. In a tight, back and for game, the 49ers were able to pull out the victory after Michael Carter III hit the game-winning jumper with just :02 seconds left in OT. Long Beach State shot 45.3% from the field and forced UC Riverside into committing 20 turnovers in the victory. Leading the way for the 49ers was Joshua Morgan who had 17 points, 8 rebounds, 4 blocks, and a steal.

Defensively, Long Beach State is allowing their opponents to average 76.0 ppg on 44.9% shooting from the field. The 49ers have a rebound margin of -4.0 and a turnover margin of -1.3.

The UC Irvine Anteaters won their 2nd straight game and improved to 17-10 (9-2 Big West) on the season after defeating the Hawai’i Rainbow Warriors, 70-63, this past Saturday. UC Irvine was impressive on the offensive end against the Hawai’i defense and pulled away after an 8-0 Anteaters run gave UC Irvine a 59-48 lead with just 4:19 left in regulation. UC Irvine shot 48.2% from the field and 40.0% from beyond the arc in the victory. Leading the way for the Anteaters was Evan Leonard who had 18 points, 5 rebounds, 2 assists, 1 block, and 2 steals.

Defensively, UC Irvine is holding their opponents to an average of 65.3 ppg on 38.3% shooting from the field. The Anteaters have a rebound margin of 9.6 and a turnover margin of -2.1.

Long Beach State comes into this game ranked 284th in scoring offense, 205th in FG%, and 315th in scoring defense.

UC Irvine has been solid on both ends of the court this season and come into this match-up ranked 113th in scoring offense, 70th in scoring defense, and 13th in defensive FG%.

UC Irvine has won 6 of their last 7 games and have a 9-1 record on the home, however, the Anteaters did struggled against Long Beach State earlier this season in a 63-56 loss in late January. Long Beach State is going to struggle matching up with the size of the Anteaters, however, as I’ve been impressed with Long Beach State in their recent wins at Hawai’i and UC Riverside, I think the 49ers keep that momentum going and cover with the double-digit points. Good Luck!