At one point early in the season, the Bulldogs looked like one of the best teams in college basketball, but they have really fallen off. Over the last ten games, Butler only has four wins. 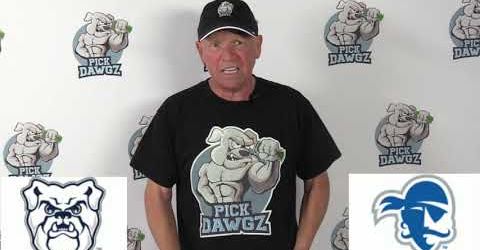 Early in the season the Bulldogs defense was elite, but over the last five games they are giving up 70.2 points per game, which isn’t enough to get the job done.

The Pirates sit in first place of the Big East but they have lost two games straight, and they need to be careful or they could lose the title.

Over the last five games, Seton Hall’s defense hasn’t been as strong giving up 74 points per game, which is a big increase for a team that is giving up an average of 66.6 points.

Seton Hall is led by Myles Powell who is averaging 21.7 points per game, and could be named the player of the year. Powell put up 29 points when the Pirates knocked off the Bulldogs in January.

The Bulldogs couldn’t slow down Powell in the first matchup against the Pirates and that will be the difference again. Powell is going to drop 30 points in this game which will lead to a win and a cover of the spread by Seton Hall.