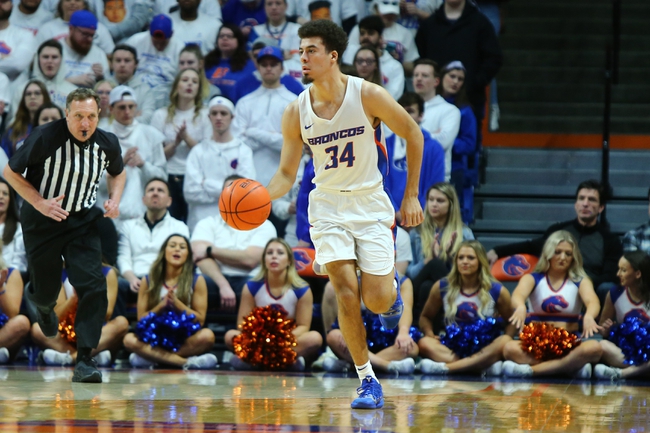 TV: No TV Stream College Basketball all season on ESPN+. Sign up now!

The Boise State Broncos (17-10, CONF 9-6) and San Jose Spartans (7-19, CONF 3-11) face off in a Mountain West showdown at the Event Center Arena. The Broncos and Spartans faced off at the end of January and Boise State came away with a 28 point victory.

The Broncos were a popular pick to cover the spread in their last game against San Diego State, but they didn’t even come close losing by 17 points. Against the Aztecs, the Broncos only scored 55 points, and that was nowhere close to getting the job done.

On the season Boise State is averaging 75 points but on the road that number does go down a bit averaging 71.5. The Broncos are led by guard Derrick Alston who is averaging 18.1 points and 5.1 rebounds.

The Spartans knew coming into the season they might have trouble, and it doesn’t look like it’s going to change anytime soon.

Coming into this game San Jose State have lost five games in a row and they have only covered the spread in two of the games. The biggest issue for the Spartans as of late has been on the defensive end, and over the last five games they are giving up 88.8 points per game.

If the Spartans want any chance to come away with a victory, the defense is going to need to be a lot better.

The favorite is 16-5 in the last 21 meetings between the Broncos and Spartans. The over is 35-17-2 in the Spartans last 54 games overall. The Broncos are 6-2 ATS in their last eight games overall.

The Spartans' defense is a big issue and even at home, the Broncos should find a lot of success running up the score. Back the Broncos to cover this spread and it should be pretty easy.