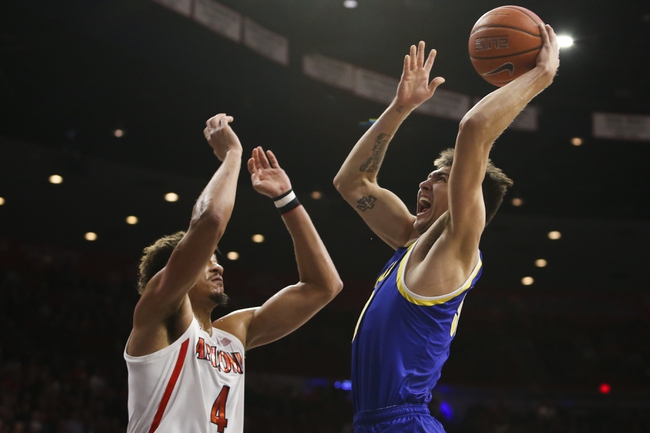 The South Dakota State Jackrabbits (20-8, CONF 11-2) and North Dakota Fighting Hawks (11-14, CONF 6-6) face off in a Summit League showdown at The Betty. The Jackrabbits knocked off the Hawks by 21 points in the middle of January.

The Jackrabbits come into this game hot having won six games in a row and nine of the last ten games. The one loss during that stretch for SDSU was against the South Dakota Coyotes.

The Fighting Hawks have been super inconsistent but they come into this game having won four of the last six games. North Dakota have had issues covering spreads, doing so in only two of their last ten games.

The Fighting Hawks biggest issue is with the defense, and on the season they are giving up 76.8 points per game. North Dakota struggled the first time these two teams faced off.  If the Fighting Hawks want any chance to win the defense needs to be better.

The Fighting Hawks have had struggle covering spreads, and it won’t be any different in this game. Look for the Jackrabbits to win this game by at least ten points which will mean a cover of the spread.