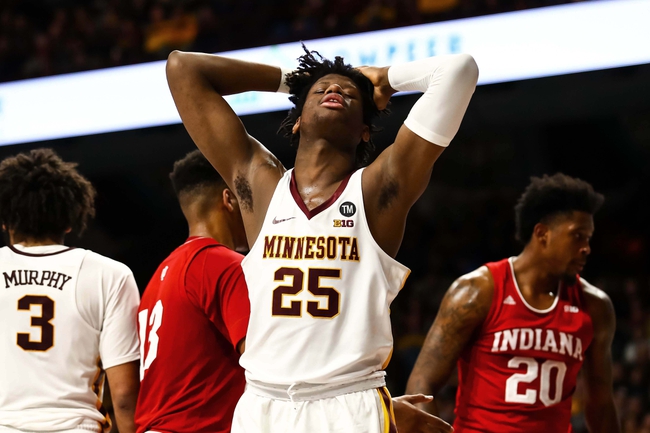 The Indiana Hoosiers (16-9, CONF 6-8) and Minnesota Golden Gophers (12-12, CONF 6-8) face off in a Big Ten showdown at Williams Arena. The home team has won the last two games played between the Hoosiers and Gophers.

The Hoosiers got out to a fast start to the season, but they fell off big time, and they come into this game having lost five of the last six games. The one win for Indiana during that stretch was against Iowa after they put up 89 points.

Away from home, the Hoosiers are averaging only 61.1 points and the defense is giving up 73.3 points. Forward Trayce Jackson-Davis is the leading scorer for the Hoosiers averaging 13.6 points while shooting 59.1 percent from the field.

This a must-win for the Golden Gophers if they want any chance to make the NCAA tournament and to do that they need to forget about what happened against Iowa. The offense went cold the last five minutes for Minnesota, and that led to a three-point loss.

At home this season the Gophers are averaging 74.5 points per game while their defense is giving 62.5.

The star of the Gophers is Daniel Oturu who comes into this game averaging 19.9 points, 11.3 rebounds, and 2.7 blocks per game.

The under is 6-2 in the Hoosiers last eight road games. The underdog is 14-5 ATS in the last 19 meetings played between Indiana and Minnesota. The Gophers are 11-5 ATS in their last 16 home games.

After what happened in the Gophers last game, there is no way to trust them to get the job done. The Gophers should still win this game, but the Hoosiers will find a way to cover the spread.