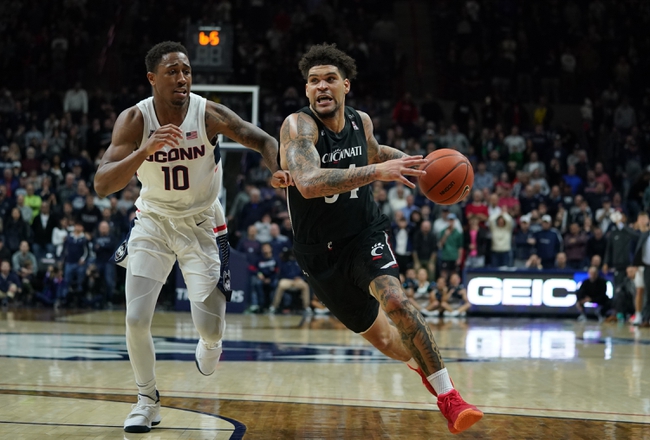 TV: ESPN U Stream College Basketball all season on ESPN+. Sign up now!

The UCF Knights will travel to Fifth Third Arena to take on the Cincinnati Bearcats this Wednesday night in College Basketball action.

The UCF Knights had their 2-game winning streak snapped and dropped to 13-11 (4-8 AAC) on the season after UCF struggled offensively agianst the tough Wichita State defense and couldn’t make a run in the 2nd half after going into halftime trailing by a 33-20 margin. UCF shot just 31.7% from the field and 28.0% from beyond the arc in the loss. Leading the way for the Knights was Matt Milon who had 13 points, 4 rebounds, 3 assists, and a steal. 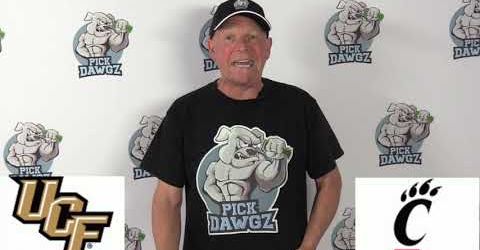 Defensively, UCF is allowing their opponents to average 67.0 ppg on 41.6% shooting from the field. The Knights have a rebound margin of -0.7 and a turnover margin of 0.7.

The Cincinnati Bearcats won their 2nd straight game and improved to 17-8 (10-3 AAC) on the season after defeating the East Carolina Pirates, 70-67 in OT, this past Sunday. Cincinnati allowed East Carolina to force OT after leading by a 56-48 margin with just 5:00 Minutes left in regulation, however, the Bearcats started the OT period on a 5-0 run and held on for the road win. Cincinnati shot 50.9% from the field and outrebounded East Carolina by a 41-34 margin in the victory. Leading the way for the Bearcats was Tre Scott who had 14 points, 11 rebounds, 4 assists, 1 block, and 4 steals.

Defensively, Cincinnati is holding their opponents to an average of 66.5 ppg on 40.0% shooting from the field. The Bearcats have a rebound margin of 4.5 and a turnover margin of -0.3.

UCF has been led by their defense that ranks 118th in scoring defense and 115th in defensive FG%, however, the offense has struggled for the Knights as it currently ranks 274th in scoring offense and 258th in FG%.

Cincinnati comes into this game ranked 120th in scoring offense, 99th in scoring defense, and 44th in defensive FG%.

Cincinnati had no trouble taking care of business at UCF earlier this season in a 68-54 win in early January and as I think the Bearcats defense once again gives the UCF offense a bunch of trouble, I’m taking Cincinnati to cover this double-digit spread.